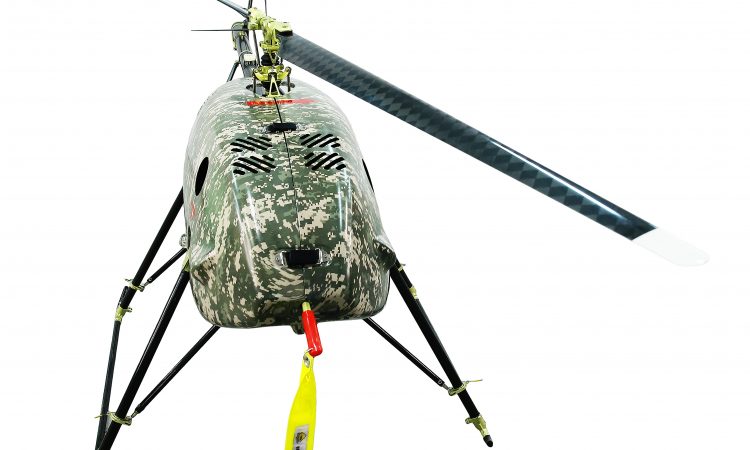 UAVOS has announced that its UVH – 170 unmanned helicopter – designed for commercial operations and immediate air response, emergency relief under demanding conditions and tight timescales – is now flying surveillance missions at an altitude of 16,400ft (5000m).

According to the company: “The UVH-170 has successfully conducted its first high altitude flight reaching out to the height of 16,400ft (5000m). The rotary-wing platform was carrying the Gyro-stabilized two-axis gimbal with integrated Radio data link. The payload was of 8,800lb (4kg) weight. The flight time was two hours and the climb rate over 1m/s was from 13,120ft to 16,400ft (4000m to 5000m). The UAV high altitude capability has been achieved through modifying the fuel injection system of the 4-stroke gasoline propulsion system. “The enhancements of the fuel injection system enable the practical ceiling to be increased significantly. It can be very precisely tuned depending on the operating conditions. The UAV engine improved fuel injection technology significantly increases fuel-efficiency of rotary-wing UAV.

UAVOS unmanned helicopter enables capability to operate in windy conditions with gusts more than 27kts (14mps) while taking off or landing in both land and maritime environments.  The air cooled engine allows the unmanned helicopter to operate in a tropical climate in a hot and moist environment. The temperature range is -31°F to 122°F (-40°C to  +50°C). With a maximum takeoff weight of 99lb (45kg), and a payload of up to 22lb (10kg), the UVH-170 flies at a maximum speed of 74mph (120kph).”