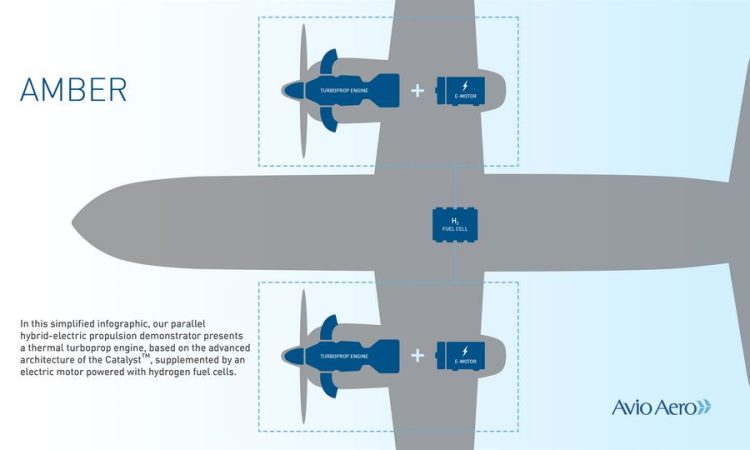 The Clean Aviation Joint Undertaking of the European Commission has awarded approximately EUR34 million over four years to a consortium led by Avio Aero for the AMBER demonstrator in a recently finalized agreement according to a statement on the company’s website.

Axel Krein, executive director of Clean Aviation says “For regional aircraft, our goal is an improvement of at least 50% compared to a typical flight today. The AMBER project, as one of our 20 daring new projects now underway, will play a key role in helping us to deliver this ambitious target.”

The Avio Aero-led consortium consists of 21 members from Europe reports the statement, “including Avio Aero’s European technology development network of universities and R&D centres. Other GE Aerospace sites in Europe, including in the Czech Republic, Germany, Poland, Turkey, and the United Kingdom will contribute to research of the engine, propeller, and electric powertrain systems.

“H2FLY, a German-based company specialising in the development of hydrogen-electric power systems for aircraft, supplies the MW-class fuel cell system, along with the corresponding architecture, interfaces, and fuel cell controls. H2FLY is also responsible for the build-up of the MW fuel cell system as part of the powertrain validation and testing in collaboration with the project partners.  Another key partner on the AMBER demonstrator is Leonardo, which will provide guidance on aircraft integration in the configuration of the hybrid electric propulsion system.”