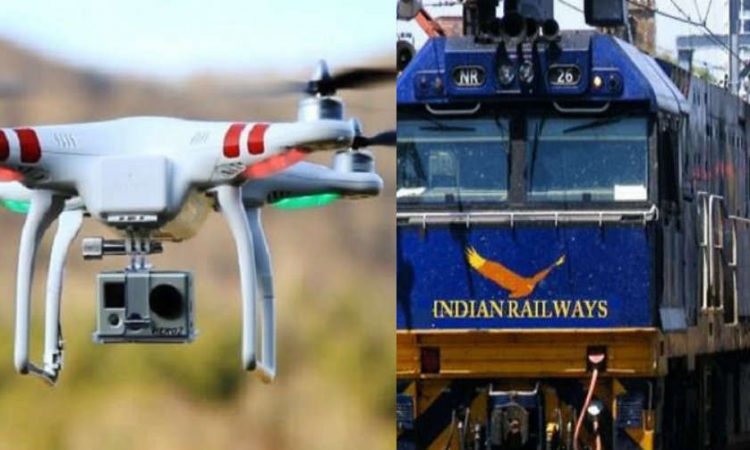 Indian Railways’ Central Railway Zone have decided to deploy drones for real-time surveillance of its station premises and other owned establishments, reports livemint.com. The craft will act as the Central Railway’s ‘eye in the sky’ and monitor the whole area.

Shivaji Sutar, a chief spokesperson said, “A team of four staff from the Modernisation Cell of the RPF have been trained and obtained licences for flying these drones.” Sutar continued, “They can also carry out real-time tracking, video streaming and operate in automatic failsafe mode.”

The drone has an operational range of 2 km and fly up to 25 minutes. Its take-off weight is around 2 kg and can capture HD images at 1280×720 pixels during daylight.

The Drones Will Assist In:

The craft are also helpful in the analysis of vulnerable sections for safe operations of trains, surveillance on disaster sites, and coordinating with other agencies. Drone surveillance technology has emerged as an important and cost-effective tool for security surveillance over large areas with limited manpower.