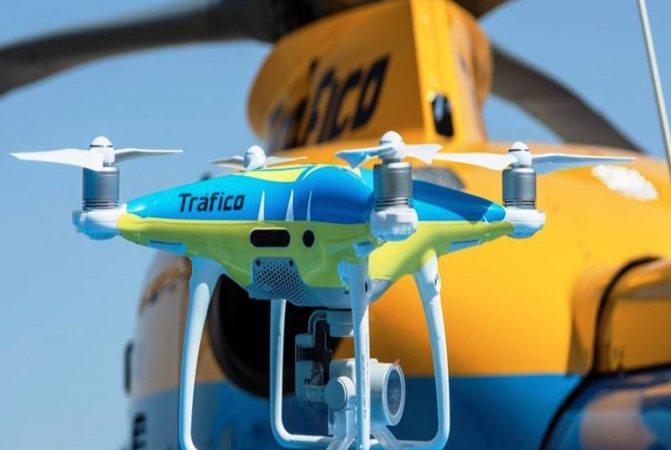 At the start of August, the Directorate General of Traffic (DGT) began surveillance and photography of divers using a mobile or otherwise putting pedestrians or cyclists at risk.

It has flown three drones fitted with powerful telephoto lenses since Easter with images verified for evidence by the Spanish Centre for Meteorology (CEM).

The fleet will be increased to 11 with the division is procuring 20 more.

Once the images from a drone are reviewed, a summons is issued to the driver with the corresponding photo or video clip.

Rubén López Segovia, Head of Aerial Media at the DGT said the devices were cheaper than the helicopters the agency had usually used to monitor drivers. Drones are better at keeping an eye on drivers around cyclists and pedestrians and in areas where flying helicopters is more risky.

The drones have a surveillance range of 4km but need to be kept within line of site of the operators.

DGT operates a mix of commercial and consumer devices.