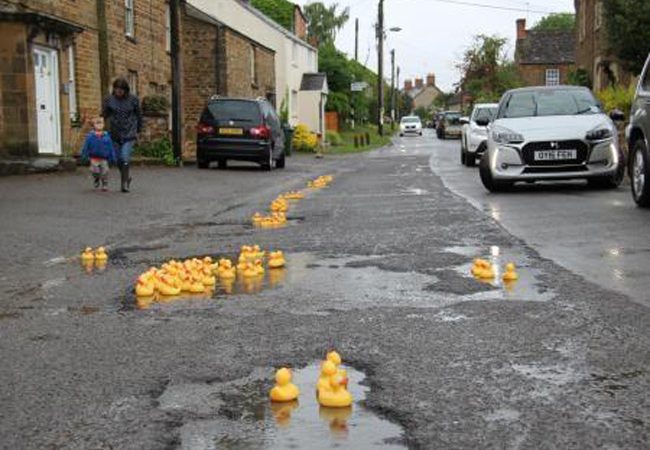 Amey, a highways and infrastructure specialist, is looking to use drone technology to enhance the service it provides across transport infrastructure, reports getsurrey.co.uk.

A key advantage of using unmanned craft in road maintenance is that they can record the condition of a large area of a transport network while flying overhead. Advancements in camera technology now allow operators to take images so detailed and precise that accuracy levels of between one and five millimetres can be captured from the sky. And it is drone-led pothole management that is likely to resonate most with the British public.

According to Confused.com, the UK’s total number of potholes reached a depth of over 30km, almost three times as deep as the Pacific Ocean in 2019, with compensation pay-outs amounting to UKP2,810,306.

Sunita Dulai, head of business improvement for transport infrastructure at Amey, said, “By using drones to investigate roads, we can deliver safer inspections by minimising the risks associated with sending people out to physically inspect a site.

“Through upskilling our teams so that they can deploy drones, we can also reduce the timeframe from initial inspection to delivering essential remedial works.”

But, seriously, can drones play a role in helping to reduce potholes, or at least the time it takes to identify and fix them? Kent County Council is currently seeking to answer these questions by collaborating with Amey in a trial using drone technology to survey its road infrastructure.

The trial is part of the Association of Directors of Environment, Economy, Planning & Transport (ADEPT) SMART Places Live Labs programme, a two-year, UKP22.9 million project funded by the Department for Transport that will run until November 2021.

Kent County Council’s cabinet member for highways and transport, Michael Payne, commented, “This is an exciting opportunity for Kent, allowing us to have a much better understanding of the condition of our roads and assets across the county.”

As drone technology looks poised to revolutionise the delivery of highways and infrastructure maintenance, Amey’s investment in “state-of-the-art solutions”, combined with its willingness to collaborate with local councils, is creating an environment where technology can be integrated with the UK’s most complex highways and transport infrastructure maintenance programmes.

Sunita continues, “Through collaborating with the UK’s councils and delivering solutions that improve decision making and efficiency, we’re reshaping the highways and infrastructure maintenance model.”

She added, “We’ve successfully demonstrated the first drone inspection of UK infrastructure to go beyond visual line of sight (BVLOS). Our drone surveyed an area of two kilometres autonomously which is a huge step forward for the sector and has significant positive ramifications for local councils.

“This evolution has opened up a number of possibilities for the maintenance of long linear infrastructure, such as roads, railways and overhead power lines.”

Amey is also working with Network Rail using drone technology to help diagnose faults on the nation’s railway infrastructure, all from the air. And in Surrey, where Amey collects the waste from homes across four district councils, drone technology is being considered to monitor track fly-tipping.

Furthermore, drones are potentially a financial “win-win” for UK councils after the Asphalt Industry Alliance, which commissions an independent survey of local authority highways departments in England and Wales each year, revealed in their latest survey that councils’ highway maintenance budgets dropped by an average of 16 percent.