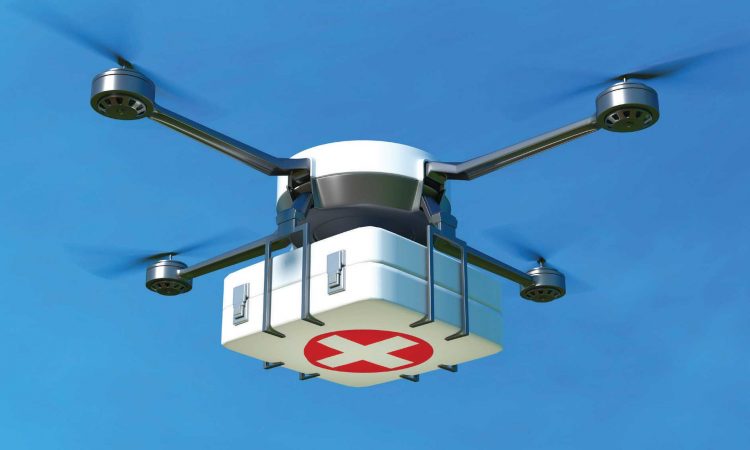 While the Telangana government awaits the Directorate General of Civil Aviation’s (DGCA) approval for deploying drones to deliver medicines as part of a collaboration with the World Economic Forum (WEF), it has now teamed up with the Public Health Foundation of India (PHFI) and Marut Dronetech for a similar project that will concentrate on the State alone, reports newindianexpress.com.

The government is joining forces through its research body, Research and Innovation Circle of Hyderabad (RICH). Currently, RICH, PHFI and Marut Dronetech are working on a trial to investigate the operational and technical feasibility of the project.

Sources said the tests are likely to be carried out in the district of Nalgonda as PHFI has already done extensive research on the public health system there. If successful, this model will be used for  the rest of the State.

Meanwhile, Marut Dronetech is working on a design for the drone, suitable for this project, that covers payload specification, carrying capacity and length of distance flown. PHFI has conducted various tests on the drone medical carrier box which includes a modular temperature-control system.

It is also helping with the overall project design by integrating computer vision, visual analytics, identification and screening of optimal locations for the hub setup. Meanwhile, RICH is focussing on the business side, facilitating connections with the government, hospitals, blood banks and co-ordinating with stakeholders.

A logistics team will overseer the medical supplies, which are to be loaded on to the drone at a central hub as well as carry out pre-flight tests like checking wind conditions, audio pilot systems, and the GPS tracker.

The destination coordinates will be placed in to the drone system and a healthcare professional in a village, sub-centre or a primary health centre will then pick up the medical products at the drop-off point. A RICH official explained, “The entire process is maintained, monitored and recorded continuously.”

The official continued, “Complications of diseases such as dengue, conditions like postpartum haemorrhage, blood transfusion for accident victims and even race-against-time cases of organ transplantation can be better managed by a drone-led supply chain.”