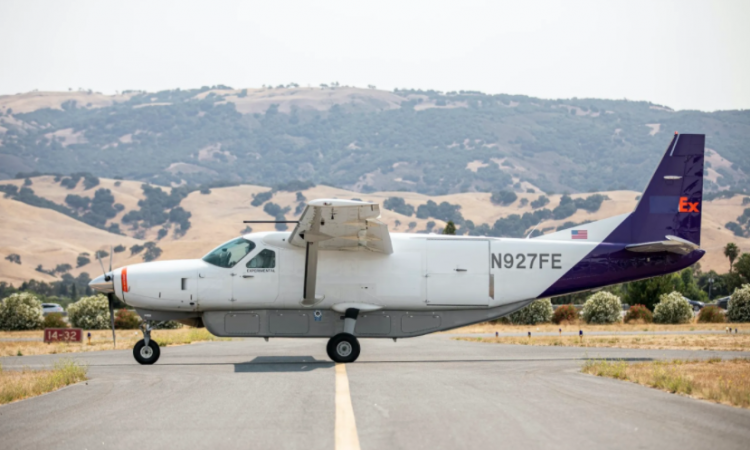 Following a successful FedEx Cessna 208 Caravan test flight with no pilot aboard in late June, FedEx CEO Fred Smith has announced that the company is working with Reliable Robotics to use small, fully automated, self-flying cargo planes to deliver cargo to remote areas.

“This initiative deals with small turboprop airplanes and in this particular case the single-engine C208, which we’re looking at putting in very remote and uninhabited areas as part of our network,” Fred Smith said at FedEx’s annual shareholder meeting in September.

In August 2020 Reliable Robotics announced it had achieved historic firsts by completing successful test flights of remote-piloted passenger airplanes in USA airspace. According to a company statement: “In the first flight, the pilot pressed a button on a remote user interface and the unmanned four passenger Cessna 172 Skyhawk (C172) automatically taxied, took off, and landed. Most recently, the company demonstrated fully automated remote landing of an even larger aircraft, the Cessna 208 Caravan (C208), capable of carrying 14 passengers.”