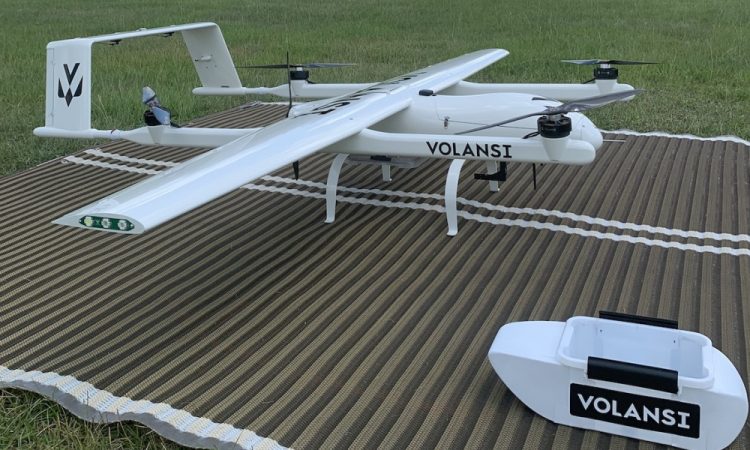 Volansi an American drone company that offers a vertical take-off and landing drone delivery service for commercial and defence clients, announced today a USD50 million investment round, reports venturebeat.com. The company plans to use these latest funds to accelerate its business and expand into new global territories. This brings the company’s raised total so far to over USD75 million.

Volansi offers several unmanned aerial vehicles (UAVs), all of which have open source and platform-agnostic control systems capable of “fully” autonomous flight. Due to redundant communication systems that kick in when GPS isn’t available, the UAVs can take off and land on moving platforms with minimal ground infrastructure.

The VOLY C10 (codenamed Gemini), which the company claims has completed operations in the U.S., Africa, and the Caribbean, can carry payloads of up to 10 pounds and fly for 60 minutes (around 50 miles) at 60 mph. Meanwhile, the more robust VOLY C20 (codenamed Megamouth) can handle up to 20 pounds in addition to its 10-pound sensor payload and cruise at speeds exceeding 75 mph for over eight hours.

Recent article from UAMN on Volansi:

Volansi has been involved with humanitarian relief working with Merck and non-profit organization Direct Relief to develop a drone-based medical supply system in Puerto Rico after Hurricane Maria. More recently, Volansi partnered with the North Carolina Department of Transportation and U.S. Federal Aviation Administration to perform tests and cargo delivery flights under the UAS Integration Pilot Program (IPP), with plans to ramp up operations in the future.