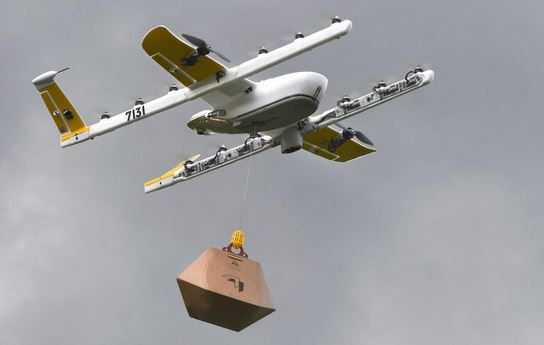 The Irish Independent reports that Alphabet’s drone delivery unit, Wing, is to start trials in Ireland from next month.  In a statement, the company told the Independent that the trial would be “in a community near Dublin”.

“We’re still working through the preparations, including outreach to local stakeholders,” a spokesperson said for Wing and added “I do want to stress that we envision this as a limited demonstration outside of Dublin, and that it will be a first step for Wing in Ireland.”

The Independent also reports “Drone deliveries in Ireland can currently only be done with human observers for each flight, making them prohibitively expensive and restrictive as a mainstream commercial service.

“However, new regulations across Europe next year will allow companies to commercially operate drones ‘beyond visual line of sight’, opening the door to companies such as Wing to operate without the restriction of human visual observers for each flight.

“Ireland is seen as one of the more advanced test beds for drone deliveries in Europe, with local startup Manna having completed 100,000 test flights in Ireland, starting in Oranmore in Co Galway, before moving its test delivery operations to Moneygall, County Offaly.”