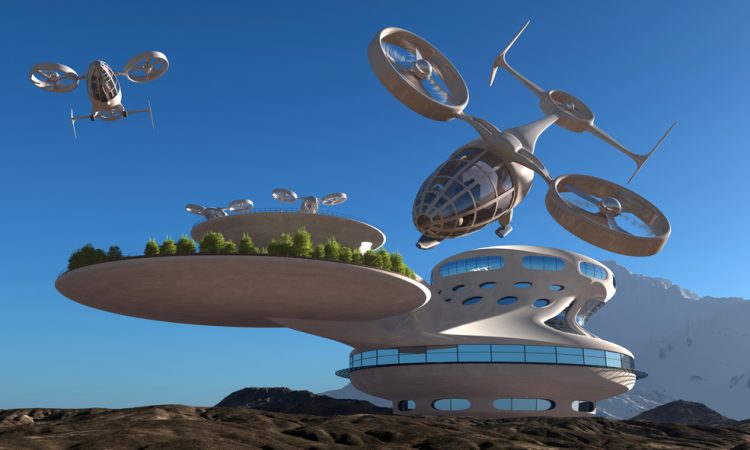 The Vertical Flight Society (VFS) reports that the growth of world’s electric vertical takeoff and landing (eVTOL) aircraft developments have continued apace despite the global pandemic.

“This past year saw continued growth and progress in eVTOL developments,” said Mike Hirschberg, VFS Executive Director. “Our members in industry, academia and government agencies around the world have been tackling the toughest challenges in vertical flight, proving out the promise of this new approach to air mobility.”

According to an organisation press statement: even while the commercial aviation industry saw massive economic impacts, investment in eVTOL has continued at the rate of about USD1 billion per year. Some USD5 billion has been invested into eVTOL aircraft and systems development to date, with much of the funding coming from outside of the traditional aerospace industry. The eVTOL industry has grown at an exponential pace with thousands of engineers, programmers and technologists now employed by eVTOL developers worldwide.

“Nearly 250 companies and innovators have been studying the promise and challenges of eVTOL, with more than 400 eVTOL aircraft concepts now catalogued by VFS. Two dozen companies are now known to be flying full-scale or large-scale multi-passenger eVTOL aircraft. Last year saw a number of first flights, as well as a significant increase in flight-testing — demonstrating electric VTOL capabilities and expanded the aircraft performance envelopes.

“As of today, the Society has cataloged 407 different electric VTOL concepts from 245 companies and innovators on its authoritative World eVTOL Aircraft Directory at www.evtol.news. More than 150 new designs were added in 2020. When VFS launched the site in April 2017, only a dozen eVTOL programs were under development. The site now also includes 435 eVTOL news stories, including some 200 in-depth articles from the Society’s Vertiflite magazine, the leading periodical on eVTOL and rotorcraft developments.

VFS reports it has been at the forefront of what it calls the “Electric VTOL Revlution” since 2014 when it held the world’s first meeting of the eVTOL development community. Later this month, the Society’s 8th Annual Electric VTOL Symposium — being held online Jan. 26–28 in conjunction with its 9th Biennial Autonomous VTOL Technical Meeting — continues as the world’s largest and longest-running event focusing on the incredible promise, progress and challenges of eVTOL aircraft.

“As in previous years, the annual symposium will present the latest insights, trends and progress in eVTOL developments. This month’s symposium features keynote presentations by government leaders from NASA, the US Army, US Air Force and the FAA, as well as industry keynotes from Boeing, Joby Aviation and Honeywell executives. More than 50 additional VIP speakers and panelists in the symposium cover important topics regarding electric VTOL, while 25 technical papers on drones, autonomy and advanced air mobility (AAM) will be presented as part of the Autonomous VTOL Technical Meeting.

Details are available at www.vtol.org/eVTOL2021.