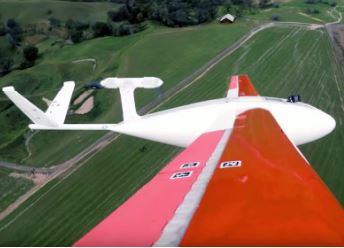 Drone delivery company Zipline has been valued at USD1.2 billion, according to broadcast and media company CNBC. “Zipline, which ranked No. 39 on the 2019 CNBC Disruptor 50 list, has raised USD190 million in venture funding and attained a USD1.2 billion valuation from its investors,” says the report. “Its backers include Baillie Gifford, The Rise Fund (which is TPG’s global impact fund), Temasek, Alphabet’s investment arm GV and Katalyst Ventures. The funding brings Zipline’s total capital raised to USD225 million.

“CEO Keller Rinaudo, who co-founded Zipline with Keenan Wyrobek and William Hetzler in 2011, says that with the new funding, Zipline will be able to set up delivery hubs at 2,600 health facilities in Rwanda and Ghana by the end of this year. And it will soon be making deliveries of medical supplies in the U.S., starting in North Carolina, where it has secured permission from the FAA to do so.”