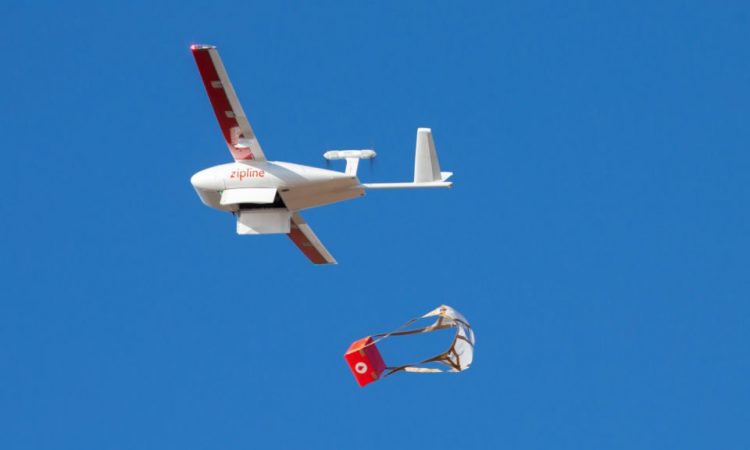 U.S. based Fior Markets, a futuristic market intelligence company, reports that the global medical drones market  will grow from its present USD109.08 million to USD 641.86 million by 2027, at a CAGR of 24.8%.

The report says, “Drones are currently being used in transporting medical items like blood, vaccines, medicine etc. to remote areas. For the past few years, governmental regulations have restricted the use of drones; however, that is changing now since many countries are relaxing regulations and accepting the craft for healthcare purposes.”

It goes on, “Drones have been developed for the quick delivery of medical supplies in remote or inaccessible locations. They can be programmed to fly in a specific route or be operated manually. Supply packages can even be dropped without having to land the drone. Some of the factors that are boosting market growth are increasing adoption of medical drones, increasing number of favorable government initiatives for drones and technological advancements.”

With the outbreak of a global pandemic, even though drones have increasingly been used to fly vital medicines especially to remote areas, Fior Markets believes the pandemic has had a negative impact on the market including less disposable income for people and broken supply chains. Because of this the market’s growth is expected to slow.

Fior explain delivering vaccines, drugs, blood and general medicines, particularly to remote locations, in less time, due to poor roads and rough terrain, as well as multiple associations with charities like UNICEF who provide funding for medical drones, has fuelled segment growth and why this field held the largest market share of 27.1% last year. Within this sector blood banks and transfer dominated the market by medical drone companies like Zipline, who are able to fly platelets, blood, and plasma from blood banks to clinics & hospitals quickly and easily. This specialist field alone was valued at USD36.9 million in the year 2019.

The North America region accounted for the major market share of 42.6% in the year 2019 and is anticipated to grow throughout the projected period. The large part of this segment is attributed to key factors such as the increasing levels of investment from private as well as government bodies for the development of advanced medical drones.

Meanwhile, the Asia-Pacific region is expected to grow at the highest CAGR during the forecast period 2020-2027. This growth is due to factors like improving healthcare infrastructure and rising awareness about the benefits of medical drones.