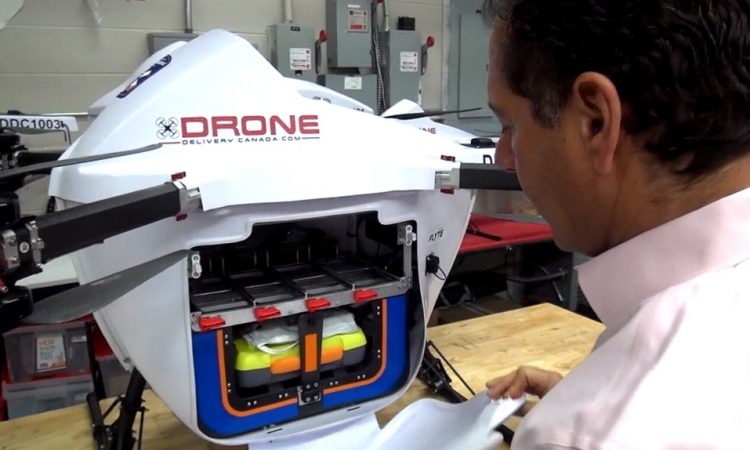 Canadian researchers have confirmed that delivery by drones of automated external defibrillators (AED) for out-of-hospital cardiac arrest is quite feasible and, in simulations, resulted in faster initiation of cardiopulmonary resuscitation (CPR) after “fine-tuning” an earlier trial, reports healio.com.

“We had done previous research to suggest that response time to out-of-hospital cardiac arrest, particularly in rural and remote communities, could be improved by employing drone-delivered AEDs as part of a 911 emergency response,” said Sheldon Cheskes, MD, affiliate scientist at Sunnybrook Centre for Pre-hospital Medicine, Toronto. “Our research aimed to see if the use of drones to deliver AEDs was feasible.”

Researchers performed six test flights in two rural communities in Ontario (Caledon and County of Renfrew) using two different drones (Sparrow X1000, Drone Delivery Canada/InDro M210C, InDro Robotics) each carrying a different AED. Simulation out-of-hospital cardiac arrests were called in to a drone command crew who simultaneously dispatched a craft and an ambulance to the location of the incident.

Ambulance teams used the most direct route to the call location while obeying all traffic laws, but were instructed not to use lights or sirens as this test was only a simulation. For each simulation, response times for the drone compared with the ambulance were:-

“In all cases, the drone had a faster response time to the location compared with the ambulance,” the researchers wrote. “The test results were consistent using two different drones carrying two different AEDs and two similar flight control systems, suggesting there may be multiple solutions available for differing rural and remote communities.”

Researchers noted that the controlled descent of the drone negated a portion of the improved response times of the drone compared with the ambulance. Drones that are “beyond visual line of sight” models are fully automated and are monitored remotely.

Dr Cheskes explained, “A community consultation suggested people love drones but were fearful of using an AED. We therefore constructed an attachment to the AED that allows the first responder to speak directly to a dispatcher via an iPhone application. This simplified the process for the provider, making our recent testing a step forward to making drone-delivered AEDs a reality.”

This Canadian research adds weight to the trials presently being carried out in the Swedish municipalities of Gothenburg and Kungalv, where drones are being used to deploy defibrillators in a service area of roughly 80,000 residents. (Please read this article).