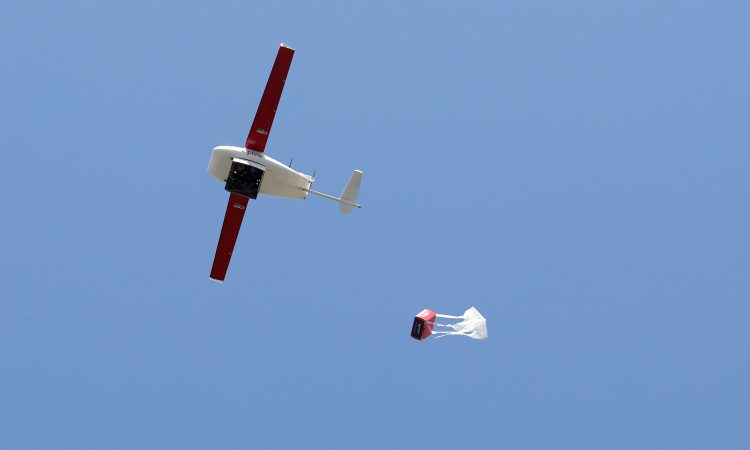 Drone company Zipline and medical producer Novant Health have partnered to launch a distribution of personal protective equipment (PPE) and medical products in North Carolina, reports techcrunch.com. Novant is a non-profit healthcare provider with a network in the south eastern United States.

Through this partnership, Zipline’s drones will make 32 mile flights on two routes between Novant Health’s emergency drone fulfilment centre in Kannapolis to the company’s medical base in Huntersville, North Carolina, where front line healthcare workers are treating coronavirus patients.

Zipline and Novant are touting the arrangement as the first authorised long-range drone logistics delivery flight program in the US. The activity has gained approvals by the US Federal Aviation Administration (FAA) and North Carolina’s Department of Transportation.

The story behind the Novant, Zipline UAV collaboration has a twist: the capabilities for the US operation were developed primarily in Africa. Zipline has a test facility in the San Francisco area, but spent several years configuring its drone delivery model in Rwanda and Ghana.

The company’s Africa business led to its pandemic response partnership with Novant Health. The North Carolina based company was in discussion with Zipline on UAV delivery before the coronavirus outbreak, but the crisis spurred both parties to speed things up, according to Hank Capps, a Senior Vice President at Novant.

That included some improvisation. For its current launch site the operation is using space donated by a local NASCA competition team, Stewart-Haas Racing. According to Capps, the current collaboration using drones to deliver medical supplies from that site which began flights last week, could grow beyond the 32 mile route. “Right now we plan to expand it geographically within our footprint, which is fairly large within North Carolina, South Florida, and Virginia,” explained Capps.

That, of course, will depend on regulatory approval. The FAA granted Novant Health permission to operate the current program, which the FAA classifies as a distribution vs. delivery operation, through a 107 waiver. This rolls up into the evolving federal code on operation of unmanned aircraft in the U.S. and allows Novant and Zipline to operate “until Oct. 31st, 2020, or until all COVID-related restrictions on travel, business and mass gatherings for North Carolina are lifted, whichever occurs first,” according to the FAA. The US regulatory body also stipulates that “Part 107 is a waiver, not a drone licence.”

The FAA offered cautious confirmation that the Zipline, Novant partnership is the first approved long range unmanned delivery service in the United States.

“I am not aware of any that are flying routes as far as what they are doing in North Carolina, but I try to be careful when talking about firsts,” said an FAA spokesperson. The arrangement between Zipline and Novant is not for financial gain, according to both parties.