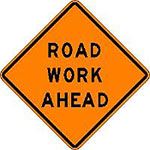 Dayton Daily News reports that DriveOhio, the University of Cincinnati and the Springfield-based Unmanned Aircraft Systems Group (UAS) are planning to use drones to study peak traffic problems on Springboro’s South Main Street.

“These groups will be utilizing drone technology to determine current traffic patterns and gathering data to plug into different traffic models to determine better traffic signal timing and potential alternate routing to ease traffic congestion during peak school times,” according to an announcement Wednesday by the city, reports the paper.

“On Thursday, April 11, weather permitting, a drone test flight is to take off about 1:30 p.m. along Main Street, Ohio 741 in Springboro. On Wednesday, April 24, weather permitting, six drones are to be flown simultaneously from 6:30 a.m to 7:30 a.m. and 2 p.m. to 3 p.m., when traffic backs up near the schools along the stretch south of Central Avenue, Ohio 73.

“These drones will gather aggregate data concerning overall traffic congestion and patterns,” according to the city announcement. “Results from the study are expected within the next few months, and hopefully enough data can be garnered to make significant changes to traffic patterns and alleviate some of the congestion that is felt by motorists every day when school is in session,” the statement said.