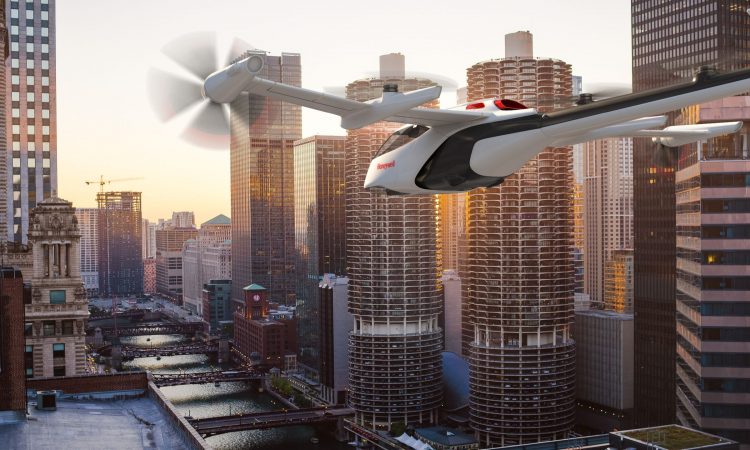 A new Honeywell R&D laboratory, resembling a conceptual UAM vehicle flight deck with actual hardware, is demonstrating the company’s technological capabilities within the unmanned aerial systems (UAS) and urban air mobility (UAM) markets. The company says in a press release, “(It) is the first of its kind to demonstrate actual fly-by-wire controls and vehicle avionics integrated in a lab setting.” The lab will be used to develop, test and demonstrate Honeywell’s technology aimed at “simplifying the operations of future vehicles.”

Stéphane Fymat, Vice President and General Manager, of UAS/UAM, Honeywell Aerospace, explains, “With the increasing number of new UAM vehicles taking to the skies, we are seeing a growing need for operators to test actual technologies in a lab setting.”

He continued, “With this new lab, we can fully simulate actual vehicle functionality with real hardware for our clients, which reduces costly flight test hours.”

The new lab is based at Honeywell’s Deer Valley avionics facility in Phoenix, Arizona. Configured to look like the front end of an aircraft, the centre has “one seat situated in front of a primary display with three additional large wraparound displays to view the simulated outside environment around the aircraft.”

The lab has hardware typically seen in a traditional aircraft cockpit and Honeywell’s Compact Fly-by-Wire System acts as the operation’s intelligence, with flight routes and actual control laws built into the software, so the simulated vehicle will operate the same way it would in the real world.

Clients can employ a control stick to fly a digital version of their aircraft through a high-resolution model of a city. Honeywell’s computers and actuators mounted on nearby workbenches “adapt in real time to pilot inputs, winds and thermals, and simulated hazards.”