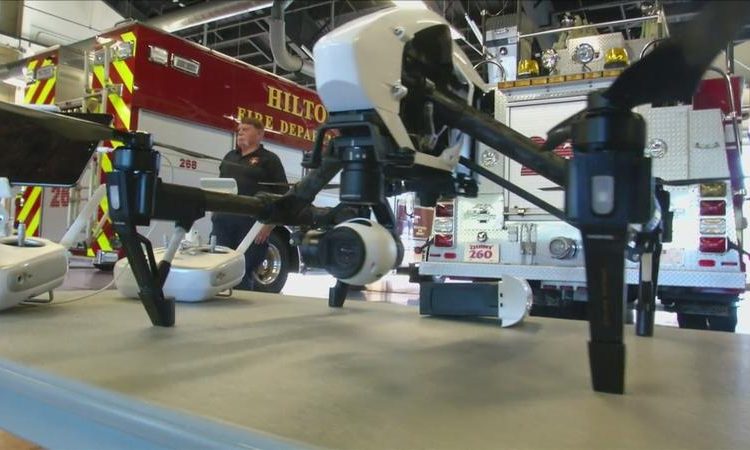 The Hilton Fire Department in New York, USA is training its firemen to operate drones to assist with tackling fires, reports whec.com. Department Heads say it is among the first in the area to deploy drones for particular fires.

The idea comes from fifth-year fire-fighter David Olney, who is already a trained drone operator. He says, “It’s a no-brainer, as the drones are a real boost for the fire service and the community.” Olney continues, “Right now, the department has four fire-fighters in training, with each person having their own drone. The plan is to purchase a more expensive one by the end of the year.”

Each pilot has to be certified by the Federal Aviation Administration (FAA) first, before being allowed to use an unmanned craft in the field.

The idea is to take the drones from the fire-house, and out in to the field, where they can be used for life-saving search and rescue missions among other tasks. At the touch of a joystick, fire-fighters will be able to employ the drone’s high-definition camera to give them a clear view from above. Then, on-board sensors can pick up a person’s body heat signature, for example. Olney says the craft could halve the search period and buy time before other assistance arrives. He believes fire-fighters could also use the drones to assist other first responder units around the area. “The drones could be the difference of life or death,” says Hilton Chief Mike Lissow. “We can rapidly fly it to a fire, then make a quick decision on what needs to be done.”

Lissow says he had his doubts early on, but after a period of talks, warmed to the idea. He believes there is a need for more up-to-date technology within the fire service. Olney says the department purchased the four drones at USD50 each for training purposes. Once the four operators are trained and FAA certified, then the dept are “eyeing up” a more expensive one at a cost of USD2,500, with the money coming from its donation drive memorial fund, which is used to purchase equipment.

Lissow points out the drones will not replace any positions, but is merely a helpful appendage. The department hopes to have the program up and running by spring 2021.

Olney concludes, “I think we’re all just really excited to bring new technology, new equipment, and new tools to the department and to better serve the public.”