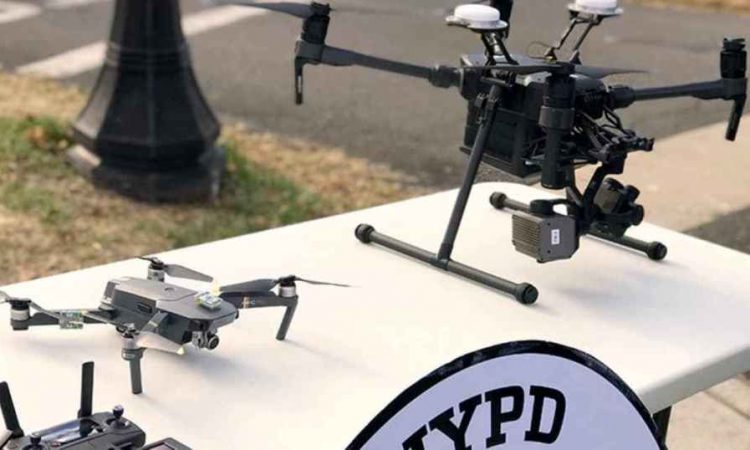 The New York Daily News reports that the New York Police Department (NYPD) has used a drone to track and then help arrest a Brooklyn man armed with what appeared to be a loaded pistol during a daytime standoff in downtown Brooklyn.

“Police responded to a ninth-floor apartment near Atlantic Ave. about 9:30 a.m. after receiving a call about a despondent man with a gun,” reported the newspaper. “When they arrived, the apartment door was unlocked, but a security chain was in place. The door could only be opened a few inches, but cops saw a man sitting on a couch with a gun,” said NYPD Deputy Chief Robert Lukach. NYPD Emergency Service Unit cops were called in to talk to the man, while officers from the department’s Technical Assistance Response Unit used an untethered drone to watch from a window. Lukach said the drone was able to look inside the apartment and watch the man. The remote-controlled drone was also used in the man’s surrender, officials said.”

“TARU Deputy Inspector Frank DiGiacomo said: “Utilizing the drone, we were able to see that, yes, in fact he put the gun down, so were confident that when he came to the door he was unarmed.”