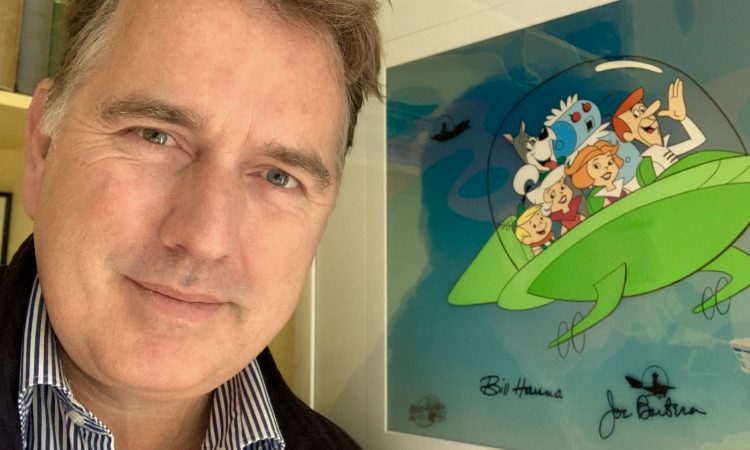 In the race to get the world’s first passenger-vehicle urban air mobility service into operation Uber Air is one of the leading pioneers and will announce its first international launch city in Washington DC on June 11. The contenders are Melbourne, Mumbai, Paris, Sydney and Tokyo, with the winner joining Los Angeles and Dallas. Having somewhere to land, re-charge and take-off is an integral piece of the UAM puzzle so Melbourne entrepreneur and planning expert, Clem Newton-Brown launched Skyportz, to work with developers, government and ride-sharing operators to establish a UAM network in Melbourne. He is part of the Uber bid-team and will be in Washington for the big announcement.

How did Skyportz come about?

I read about Uber Air coming to Melbourne last year and although the talk of flying cars sounded like a publicity stunt I started looking into and realised that VTOL transport is actually real.  I’m a planning consultant and one of my clients is Microflite Helicopters, who operate the only helipad in the centre of the city. They are keen to re-build the heliport and future proof it, so if one day they are flying VTOLs instead of helicopters there will be the infrastructure they need. So the genesis was helping Microflite but I saw there was clearly a business opportunity in providing the infrastructure. The way I see that is you can have the best machine in the world but if you can’t land it in multiple locations then it’s useless.

What is Skyportz doing now?

I come to this from a property and planning background and my part in the process is in trying to provide the infrastructure. So I’m talking with property clients who are are building a tower about spending a little bit more money to put some UAM infrastructure on the rooftop.

What is the Skyportz business model?

There is actual work in the short term for designing the infrastructure and getting approvals for skyports on rooftops and longer term I think there is a business in linking individual skyports into a network. And then when Uber or some other new entrant wants to set up it’s an easy path as the network is already here.

What is the role of the Victorian Government in making UAM a reality?

It’s not going to happen without government support and the strong indication from the Victorian government is that they are keen on it. They’ve been very proactive in wooing Uber, meeting with key Uber people to understand their requirements and the government is seriously gunning to try and get Melbourne as the first international test city. To turn this into a true ride sharing service, it’s going to have to be supported by government.

What has the Uber Elevate project involved for Melbourne and Skyportz?

Uber short-listed Melbourne and have spent a lot of time here learning about the city, the support of government and how we would make it work.  We spent time with them at the helipad site and they were impressed it was not just government but that there was private industry involvement in facilitating what they want.

When is the decision being announced?

I’m part of the Victorian delegation attending the Uber Elevate Conference on June 10 in Washington when the winning city will be announced. Uber maintains secrecy very well and they are holding their cards very close to their chest. I have spoken with the people from government and they say they don’t expect to know before it is announced.

How important is Uber’s decision on the first international test city?

Even if they don’t choose Melbourne, there is still a huge appetite for getting ahead of the curve on this and the government support is there. I think we have got a good chance at it but even if we don’t get it that’s not the end. It obviously has to be tested somewhere and if Melbourne is chosen that puts it all on steroids and speeds everything up and Skyportz will be very busy as we work out what they need for the launch.

But if they choose elsewhere we will benefit from everything they learn, and the knowledge we will get from the test cities will help us develop what we need to do here. It will be a slower burn if Melbourne is not chosen but we will still be proceeding and I am 100% confident there is going to be a major revolution with VTOLs in this city.

Uber’s demonstration cities are just to trial their systems but they will certainly be looking for cities where they can go live once the trials are complete. So if we can work in parallel with them I don’t see being chosen as a test city is critical, although it would be nice.

What is the biggest challenge to aerial ridesharing in Melbourne?

I believe the biggest challenge will be winning the social licence from the public to have the VTOL system.  We are going to need quite a few Skyports and the unknown question is will there be the right locations that are acceptable to the public.

I don’t think people realise what a game changer this is going to be and once it’s established as a safe, convenient form of transport, that’s as affordable as getting a taxi, people will say the benefit I am getting out of this is worth having a bit more of background hum in my daily life.

If there is a big upheaval about UAM then the politicians will react and put the handbrakes on but if there is a lot of support, like there was with Uber taxis, then they will quickly get behind it.

Where will Skyportz get started?

For me it is looking at the existing helicopter infrastructure.  As soon as an aircraft type is certified by CASA, there is no reason why we can’t start running services from the city to Melbourne Airport or any of the regional tourism destinations that helicopters currently fly them to. That’s where I think the urban mobility market will get started here. I don’t see the passenger VTOL market as being people having private helipads but it will be in public areas where you have the other transport connections.

In terms of getting Skyportz started this is a great way to start the service. Microflite already fly people to major events like the Grand Prix or Melbourne Cup from their helipad so VTOLs are a logical next step

In terms of designing the skyports, there are some things that are obvious, like the charging system, billing system and navigation equipment but it’s a matter of being flexible about what’s needed because we haven’t built one yet. Once we get the go ahead to rebuild the existing helipad that’s when I will work with my partner, global engineering firm Arup, on what infrastructure is needed.

When do you see your first Skyportz in operation?

Uber is talking about 2020 for starting trials in the test cities but what’s unknown is the extent of the trials Uber is contemplating. We have three airports nearby and they may be used to do the initial test flights and from there we could do flights from the city to the airport and that will help get the social licence working.

Uber has set the goal of commencing aerial ridesharing in 2023 so if we are a launch city we will work with the government to build the Skyportz networks to meet that demand.

I think if you look at cars, a massive amount of infrastructure has been built over 100 years but the sky doesn’t need that. Urban air mobility services could actually explode very quickly in Melbourne if people accept this is a great way to get around. When they start asking where is our local Skyportz you will quickly have a very viable service.