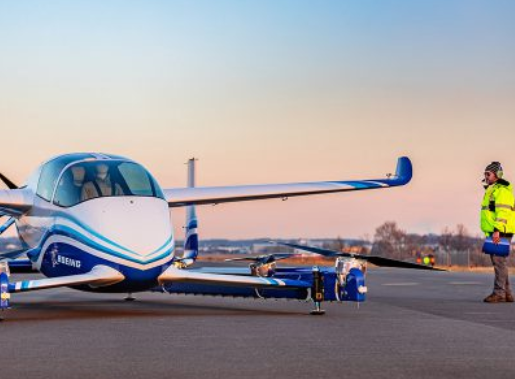 A US National Transportation Safety Board (NTSB) aviation accident report published on 13 March 2020 into the crash of an Aurora Flight Sciences Pegasus Passenger Air Vehicle (PAV) unmanned aircraft system, N83AU in April 2019 during landing on runway 34L at the Manassas Regional Airport, Manassas, VA determined the probable cause of the crash to be “a loss of hover lift thrust provided by the eight lift motors due to a false on-ground rotor speed reduction command, resulting from excessive vibration.”

According to the NTSB:

“The aircraft experienced a vibrational excitation environment which exceeded the previously measured accelerations used to establish an autopilot ground-sensing threshold. The excessive oscillations activated the ground-sensing system, which transitioned the autopilot from Autoland into “ground” mode and commanded a reduction in rotor speed.”

In describing the accident, the safety board reported:

“The aircraft was positioned on runway 34L for a vertical takeoff and landing, along with low speed maneuvering test. The aircraft took off normally and the pilot, who controlled the aircraft from a ground station in a building on the east side of the airport, entered pre-planned flight test stability check maneuvers, including brief lateral maneuvers followed by forward translations along the runway centerline in accordance with the test plan. The flight test engineers noted some brief data dropouts and abnormal motor speeds, and the team decided to terminate the flight. The pilot entered the autoland command, and the aircraft initially responded. After a small descent, the aircraft motors went to idle and the aircraft descended vertically at a high rate and impacted the runway, breaking the aft booms, the horizontal stabilizer, and other significant structure. The #3 motor exhibited a brief flash of fire or sparking on impact.

“The aircraft remained with the planned test area.”