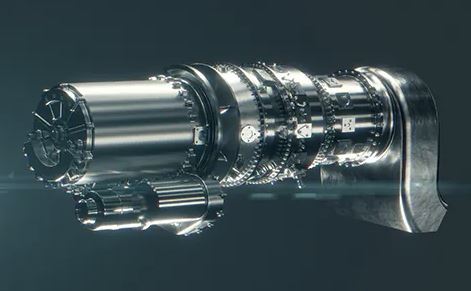 Rolls-Royce is officially announcing the development of turbogenerator technology, which includes a new small engine designed for hybrid-electric applications. In a press release the company reports “The system will be an on-board power source with scalable power offerings and will complement the Rolls-Royce Electrical propulsion portfolio, enabling extended range on sustainable aviation fuels and later as it comes available through hydrogen combustion.

“Current battery technology means all-electric propulsion will enable eVTOL and fixed wing commuter aircraft for short flights in and between cities and island-hopping in locations like Norway and the Scottish Isles. By developing turbogenerator technology, that will be scaled to serve a power range between 500 kW and 1200 kW, we can open up new longer routes that our electric battery powered aircraft can also support.

“Rolls-Royce experts based in Germany, Norway and Hungary are developing the turbogenerator design and working on its system integration and are focused on ensuring smart power distribution during flight. The turbogenerator will recharge batteries after take-off or power propellers directly, enabling aircraft to switch between power sources in flight. The research and development of this technology is being part funded by the German Ministry for Economic Affairs and Climate Action.”