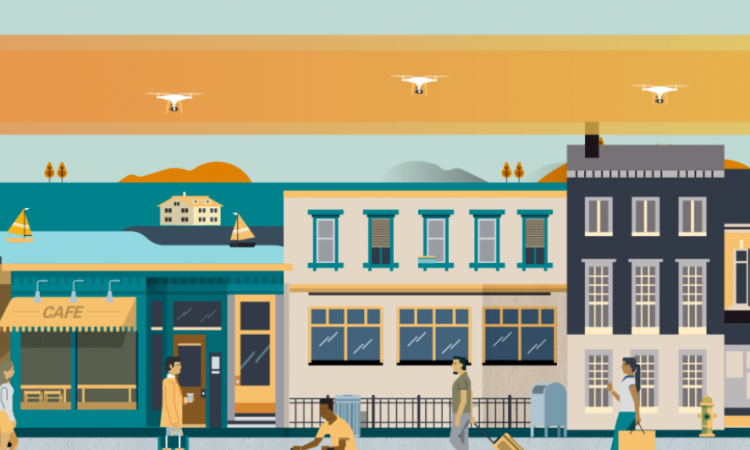 Researchers at Mercatus, part of the George Mason University in the USA, believe a federal-state agreement to create aerial corridors directly above public roads, creating ‘drone highways, would help to bring clarity about federal and state roles over drones and airspace management. Mercatus says this would help to ‘jump-start’ the drone industry. A report entitled Which States are Prepared for the Drone Industry? A 50-State Report Card, Release 2.0 by Mercatus Research measures the level of readiness across the US for the drone industry. The report scores and ranks each of the 50 US states based on their laws and drone industry data to indicate their preparedness for drones and drone highways.

“Many states have laws that allow cities to lease the air rights above public roads, vest air rights with property owners, and establish avigation easements. With these laws, states can facilitate future drone operations in low-altitude airspace while Congress and the Federal Aviation Administration develop national drone policies. Creating a clear and coherent framework at the state and local level, such as a system of drone highways, will make parcel delivery faster, improve distribution of medical supplies, and create technology and logistics jobs,” according to the report.

The drone industry is challenged as a result of ‘technology moving faster than federal legislation’.

One of the reasons North Dakota top the Mercatus ranking, state law has reduced litigation risk for drone operators by clarifying landowner property rights. It also creates an avigation easement that protects drone operators from nuisance and trespass laws as long as their drones do not disturb people on the ground. The State has also established a drone programme office—the Northern Plains Unmanned Systems Authority – overseen by the state, the program office develops policies that advance UAS operations including beyond visual line of sight, flights over people, and night operations. 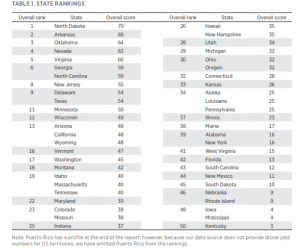 How the state rankings are obtained

These five factors (which are followed by their relative weightings) indicate a state’s readiness for commercial drone services and should be the top state priorities.