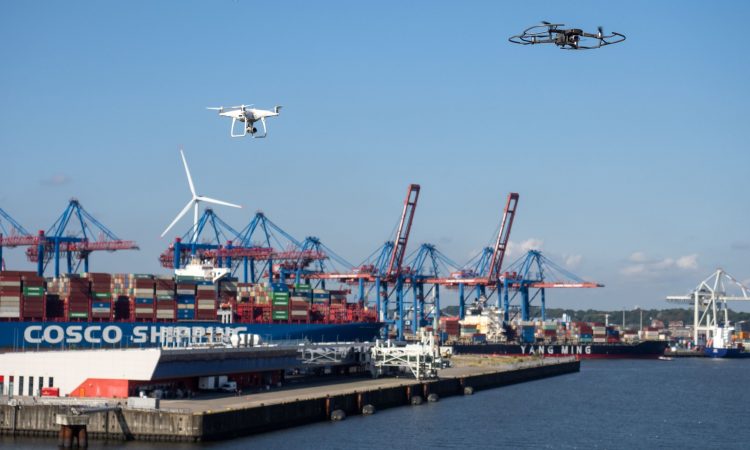 In a statement published by U-space service provider (USSP) Droniq GmbH, Volker Wissing, German Federal Minister for Digital and Transport said: “With around 400 active companies, Germany is one of the leading markets for drone technologies. We want to strengthen and enhance Germany’s technological lead. The U-space sandbox has answered many important questions for us for the establishment of U-space. We are now using this valuable practical experience to progress onwards. The first U-space areas are to be set up in Germany as early as next year. In doing so, we are ensuring safety in German airspace and facilitating more innovations in unmanned aviation.”

Droniq GmbH and its parent company DFS Deutsche Flugsicherung GmbH, the German air navigation service provider, have published their recommendations for the establishment of U-space areas following the Hamburg trials.

“How U-space areas can function in practice was tested under realistic conditions in a so-called U-space real laboratory, or sandbox, which Droniq and DFS set up in the Port of Hamburg in the north of Germany,” said the press statement. “The seven-month research project had a budget of approximately EUR 1 million and was funded in part by the German Federal Ministry for Digital and Transport (BMDV) (EUR 500,000).

“The Ministry is using the findings and recommendations from the practical tests in the Hamburg U[1]space sandbox to develop a concept for the establishment of U-space areas throughout Germany. The requirements of the European U-space Regulation (2021/664) are also being taken into account. The concept aims to lay all the legal and practical foundations for the implementation of U-space areas.

“The Ministry plans to designate the first U-space areas as early as 2023. Research in this area is also being conducted in another project funded by the Ministry. Known as the LUV project, it is looking into solutions and recommendations for action for the implementation of the U-space Regulation throughout Germany. The aim is to advance the technology of unmanned aviation and to strengthen Germany’s position as an innovative business location in international competition.”

Recommendations from the Port of Hamburg sandbox

The results of the U-space sandbox include recommendations and measures for the establishment of U-space areas, their operation and the design of the roles and services applicable in U-space.