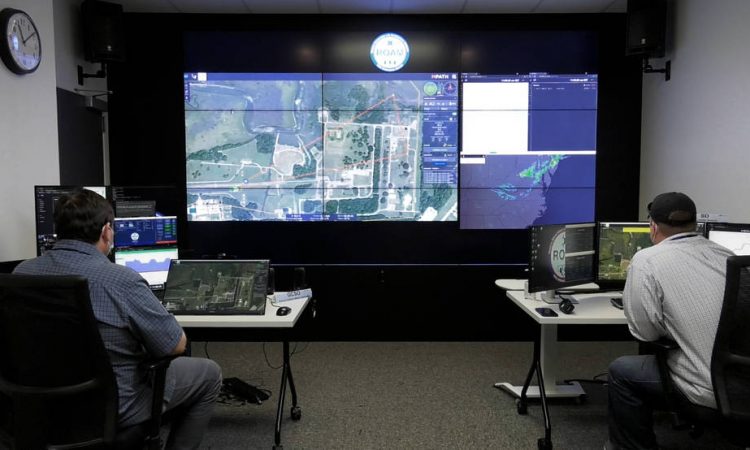 NASA researchers recently completed a series of tests to help to bring new and innovative aviation services to areas across the country. The tests simulated a facility where large volumes of vertical take-off and landing aircraft can operate. According to a blog by David Meade posted by NASA Langley Research Center, the first milestones are helping to set the direction of future research:

“NASA’s Langley Research Center in Hampton, Virginia, and the agency’s Ames Research Center in California’s Silicon Valley, recently completed a series of HDV tests that marked the first Level-1 milestone for AAM, a significant step toward the future or urban flight.

“Several aspects of Urban Air Mobility will require a different approach to aircraft operations,” said Lou Glaab, technology lead for HDV. “One aspect is the anticipated high-density operations requiring many aircraft to operate in an area simultaneously. We expect air traffic density beyond current traffic levels at airports, which demands a more automated approach to air traffic management.”

“Increasing automation will also help make AAM innovations profitable and affordable by a large percentage of potential markets, a critical aspect of implementation.

“In order to enhance the ability to be profitable, having the option to remove the pilot needs to be possible,” Glaab said. “As a result, many traditional roles of the on-board pilot will need to be automated such as traffic collision avoidance, health monitoring, and emergency landings.”

“The second big challenge for HDV: developing proposed flight operations for remotely piloted aircraft in urban areas beyond their operators’ lines-of-sight. To create this proposal, known as a safety case, the researchers used aircraft operating at Langley’s City Environment Range Testing for Autonomous Integrated Navigation – first in simulation, then live.

“While the aircraft was flying at the Langley range, their pilots were controlling them remotely from Ames’ Airspace Operations Laboratory, while the team members acting as simulated fleet and vertiport managers worked from a third facility – Ames’ Autonomous Vehicles Operations Laboratory.

“The vertiport manager could perform tasks such as simulated vertiport closures to trigger vehicle re-routes to alternate vertiports,” Glaab said.

“HDV’s third objective of HDV was to demonstrate automated capabilities while still flying within visual line-of-sight. Some of the testing scenarios included standard A to B flights, flights that got re-routed to alternate vertiports, simulated emergencies, and flight tests with multiple vehicles performing autonomous ‘detect-and-avoid’ functions.

“These operations have to be well-coordinated and resilient to disruptions in order to achieve the levels of activities we anticipate,” said Jeff Homola, acting subproject manager for HDV at Ames. “Our team is focusing its efforts on developing, testing, and evaluating the systems and technologies to give the industry and the FAA insight into this future.”

“Having completed the three challenges and reaching their first milestone, the HDV team will continue to focus on the development and testing of concepts and technologies needed for the environment around vertiports – specifically focusing on how automation can increase the safety and efficiency of flight operations in these environments – in further flight tests as the team increases their scope of possibilities.”