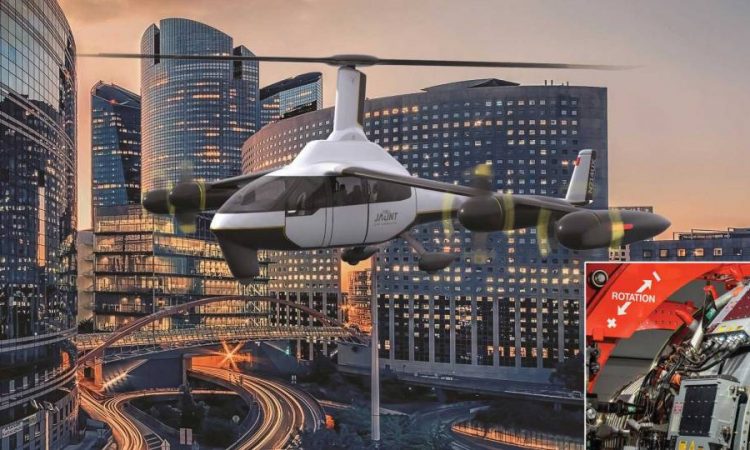 To achieve this BAE Systems is reducing the size and weight of its energy management and engine controls technology. The company has already produced equipment that is 40 percent smaller and lighter than units now in service on larger turbofans, while claiming they will deliver 10 times the processing power.

The project, which BAE first unveiled in June, is part of a wider effort by the group to partner with developers of new electric aircraft. The group is also offering flight controls and power conversion technologies.

Like the larger energy management and engine control units, the new reduced scale units use a series of sensors to monitor the performance of the propulsion systems. Based on the information collected, the controls can automatically adjust power settings as required. The data is also used to predict when failures might occur and manage any required maintenance safely and efficiently.

BAE already has extensive experience of providing this technology for electrically powered buses, trucks, and ships. This aspect of its work with electric aircraft developers is being run by the Controls & Avionics Solutions business of its U.S.-based Electronic Systems division. It recently opened a new electrification laboratory at its facility in Endicott, New York.

Yeshwanth Premkumar, BAE’s head of business development and strategy for aircraft electrification, explained he expects to see its equipment flying on various prototypes in development from about the middle of 2021. In addition to Jaunt, the group has publicly confirmed its partnership with Wright Electric, which is working with UK low-cost airline EasyJet to develop a hybrid-electric 186-seat airliner. BAE says it is working with several other new aircraft programs on a confidential basis.

As part of the eVTOL sector’s ambitions to achieve autonomous flight, BAE is looking to develop new integrated flight controls for functions such as managing aircraft stability and redundancy. Premkumar explained, “Our work in this area is taking in all aspects of the aviate, navigate, and communicate functions and we are trying to consolidate all these controls in a single, smaller box with the reduced weight that these aircraft need.”

One key challenge on which the company’s engineers are focused is the need to avoid latency and lag in the operation of systems supporting increasingly automated, and eventually autonomous flight.

The miniaturisation process is also being applied to the power conversion units that the new generation aircraft will require for their electric propulsion systems. Back in the 1990s, BAE was among the first companies to use lithium-ion batteries for ground-based applications.

Acknowledging the limitations of current battery technology in terms of power-to-weight ratios, Premkumar said the company wants to prepare the way for more extensive use of new generation batteries in aviation, while for now focusing much of its effort on a hybrid powerplant.