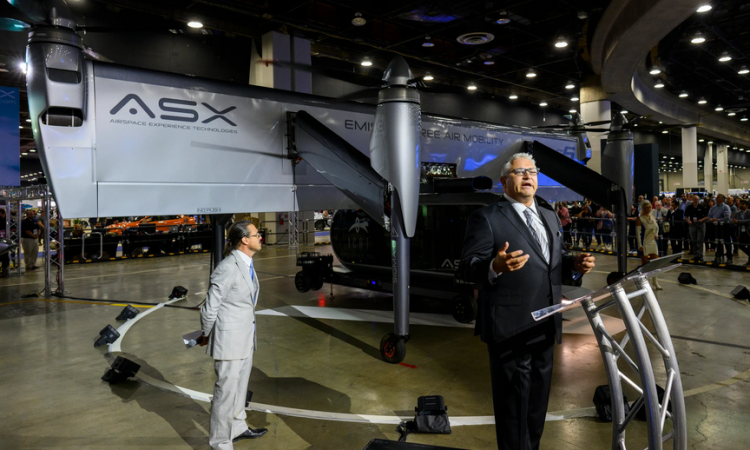 The Detroit news feature continues saying “The Sigma Six is a battery-powered electric vertical takeoff and landing vehicle that began flight tuning and testing in August. The aircraft’s first tethered flight test was completed earlier in September; it can reach speeds of 150 mph in eight seconds.

“ASX says the estimated market potential of the Sigma Six is USD 1 trillion by 2040 and USD 9 trillion by 2050 and that Michigan companies, like ICAT Logistics and MyFlightTours, have placed orders for Sigma Six aircraft pending certification by the Federal Aviation Administration. The U.S. Navy has also expressed interest in the company through a letter of intent, Rimanelli said.

“The Sigma Six is around three to four years away from FAA certification and is expected to start moving passengers by 2026 or 2027, Rimanelli said. A ride on the Sigma Six will cost the same as an UberX, he added.”

“I could move a ton of cargo for under 80 cents a mile,” Rimanelli said. “As battery technology improves, that price will go down.”