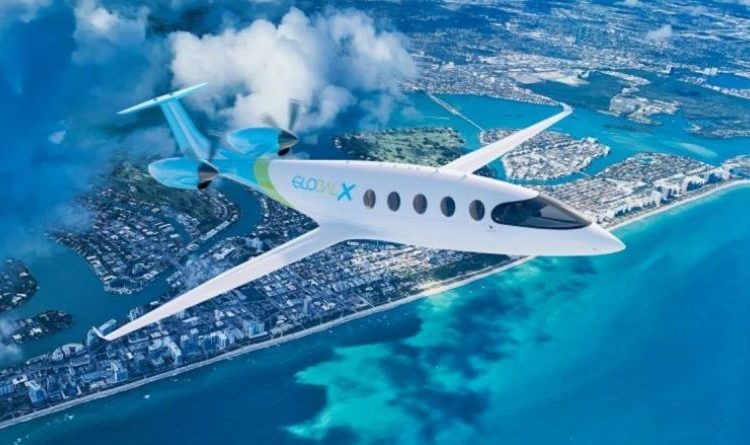 Eviation Aircraft, a manufacturer of all-electric aircraft, has announced that Global Crossing Airlines Group a Miami-based provider of passenger and cargo charter jets, has signed a Letter of Intent (LOI) ordering 50 all-electric commuter Alice aircraft. The aircraft the company says, will open up new routes for passenger travel in GlobalX’s key markets in Florida, the Bahamas, and the Caribbean, supporting the airline’s plan to adopt carbon-free and sustainable technologies.

The company reports in its press release “Alice is a nine-passenger electric aircraft offering a premium passenger experience. The aircraft, built from a clean-sheet design around all-electric propulsion, produces no carbon emissions, significantly reduces noise, and costs a fraction to operate per flight hour compared to light jets or high-end turboprops. Alice is powered by two magni650 electric propulsion units by magniX, which is the global industry leader in flight-proven electric propulsion systems at this scale.

“GlobalX began passenger operations in August 2021 and operates seven A320 family aircraft serving the U.S., Caribbean, and Latin America. It also has 15 A321 freighter aircraft under lease agreements and will commence cargo operations in Q4 2022. Alice will enable GlobalX to introduce new, sustainable flight options for growing markets including Miami, Orlando and the Bahamas. GlobalX expects to take delivery of its initial Alice aircraft in 2027, and is evaluating the cargo aircraft variant of Alice for supporting its cargo customer base.”