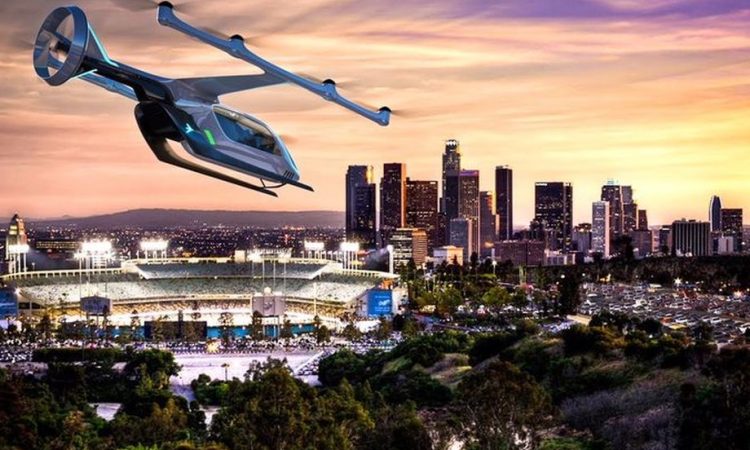 According to CNBC Tech Trends, a recent study by ‘Morgan Stanley Research’ predicts electric air taxis could be as big as a USD1.5 trillion market by 2040. Another by ‘Frost & Sullivan’, sees air taxis beginning in 2022 in Dubai and expanding with a compound annual growth rate of around 46% to more than 430,000 units in operation by 2040. Driving this trend is a confluence of technologies, including autonomous vehicles such as drones and self-driving cars, more efficient batteries and advanced manufacturing techniques.

Therefore, it is not surprising that start-ups and major brands including Boeing, Hyundai, Airbus, Toyota and Uber are rushing to grab a foothold in this exciting new market, especially when electric air taxis have the potential to dramatically lower operating and maintenance costs.

In January, Toyota announced it is investing $394 million into Silicon Valley-based ‘Joby Aviation’, which is developing a piloted all-electric vertical takeoff and landing (eVTOL) air taxi. The move, part of a financing round worth $590 million, will help Joby launch an electric air-taxi service by 2023 and gives the company access to Toyota’s prowess in manufacturing, quality and cost control. The start-up is building a prototype that it says will help a billion people save more than an hour in commuting time every day.

Meanwhile, Hyundai and Uber displayed a mock-up of a large flying electric-powered taxi at a recent Las Vegas Consumer Electronics Event which will have the capability of carrying four passengers on trips of up to 60 miles at speeds reaching 180 mph. They will be able to cruise at altitudes up to 2,000 ft. Hyundai says the all-electric craft could be recharged in minutes.

Uber has stated it will begin testing vertical takeoff and landing vehicles this year and launch a first official ride in three years time, rolling out services in Dallas, Los Angeles and Melbourne. Boeing, another partner in the Uber Elevate program, has already begun flight tests of its own prototype air taxi.

“Air taxis are definitely the next phase of mobility,” says Joe Praveen Vijayakumar, Frost & Sullivan senior industry analyst. “Urban centres across the globe are struggling to come to terms with the rising vehicle numbers and the resulting congestion, especially during peak traffic hours. When air taxis become widely commercialized, they will definitely ease the traffic burden on city roads as well as transporting people on the shortest possible route between two locations.”

Yet, Incidents like the recent tragic death of basketball legend Kobe Bryant in a helicopter crash have highlighted safety concerns of UAVs. They could also become a target for hackers.

“Everyone in the industry proceeds as though safety is guaranteed and technology will solve everything, which, as we know, is never the case,” says Dominic Perry, an aviation journalist and deputy editor of Flight International. “In the scramble to produce the air vehicles, there are also few companies giving due consideration to the infrastructure required to operate them, or the industrialization and resources required to build them in the first place.”

Cost is another big barrier. Morgan Stanley analyst Rajeev Lalwani speculates that the market could begin as “an ultra-niche add-on to existing transportation infrastructure, similar to how helicopters operate today.” Personal helicopter travel has been around for a long time but hasn’t expanded beyond wealthy passengers, and it is, perhaps, no surprise that Boeing and Porsche have joined hands to explore vehicles for the “premium urban air mobility market.”

Joe Praveen Vijayakumar, Senior ‘Frost & Sullivan’ Industry analyst adds: “If they are priced correctly, air taxis may be able to democratise travel in cities where there is no public transport alternative or where the congestion and size of the urban area (Sao Paulo is a good example) are so great.” Adding, “If, however, they simply become another helicopter service for the rich, then all they will be doing is transforming the mobility of the wealthy, further increasing a divide between rich and poor, and not alleviating ground congestion.”

Vijayakumar concludes, “Existing major brands like Airbus and Boeing have an immediate advantage over the competition because of their already existing aerospace expertise. There seem to be a lot of companies drawn to the space from the tech sector where the attitude is all about challenging convention and while this can be healthy, as all industries need a shakeup, my suspicion is that a lot of Silicon Valley-type firms will look to sell out with their IP as the big value for them.”