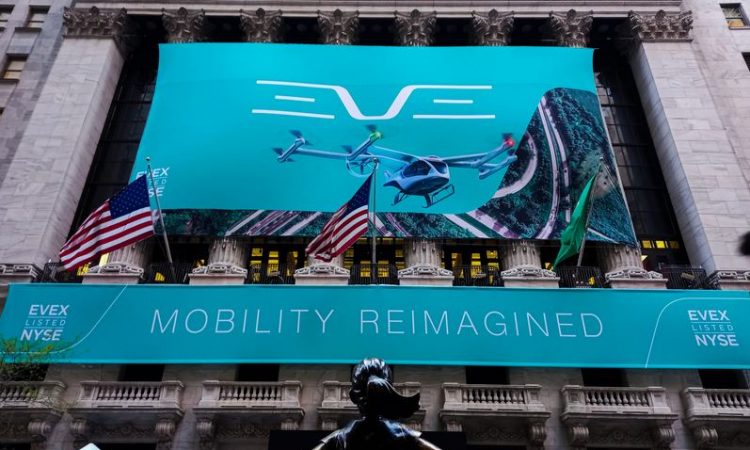 Eve Holding, Inc. announced today that its common stock and warrants will begin trading on the New York Stock Exchange (“NYSE”) today under the ticker symbols “EVEX” and “EVEXW”, respectively.

The company reports that its management will participate in an opening bell ceremony at the NYSE today in celebration of the public listing, which follows the completion on May 9, 2022, of the business combination between Zanite and EVE UAM, LLC, a company engaged in the development of next-generation Urban Air Mobility (“UAM”) solutions and a subsidiary of Embraer S.A. (“Embraer”).  The company reports that the closing of the business combination generated $377 million of gross proceeds, which will be used to accelerate the development, certification and commercialization of Eve’s UAM solution.

André Stein, Co-CEO of Eve said “This transaction is a key enabler of our mission to become a leading player in a potential $760 billion UAM addressable market”, while Jerry DeMuro, Co-CEO of Eve reported that the company has a “pipeline of launch orders for 1,825 vehicles secured via non-binding letters of intent from 19 customers consists of industry leaders who also invested in Eve, including Azorra Aviation, Falko Regional Aircraft, Republic Airways and SkyWest”.