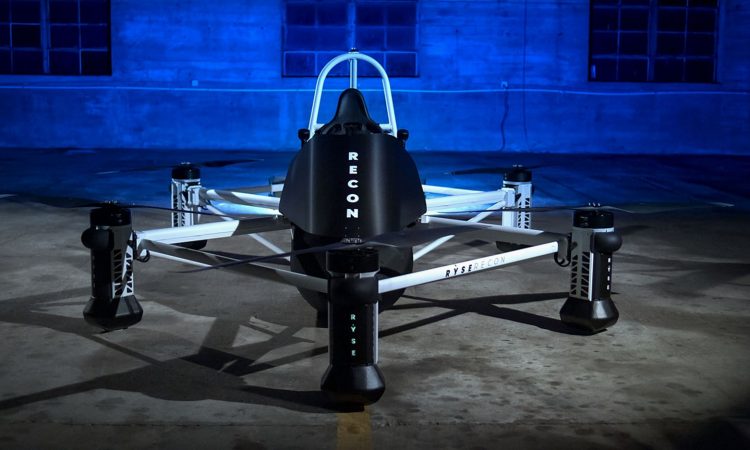 The company’s press release reports “with the debut of the RECON, RYSE Aero Technologies looks to venture into untapped markets, such as agronomy, land surveying, agriculture, vineyards, and other rural sectors.

“Slated to be delivered to customers in January 2023, key features of the RYSE RECON include: up to 25-mile range; 63 MPH top speed; ability to operate on both land and water; six independent propulsion systems with independent; and removable batteries.”

The press release goes on to say “The patent-pending removable battery and vehicle operation systems were designed to be operated by an individual with minimal training, featuring advanced artificial intelligence and simple control systems” and that in addition, “due to RECON’s modular design, it can be configured in a variety of ways, and in its future configurations will offer fixed-wing options and design variations, all while retaining standardized flight controls”.