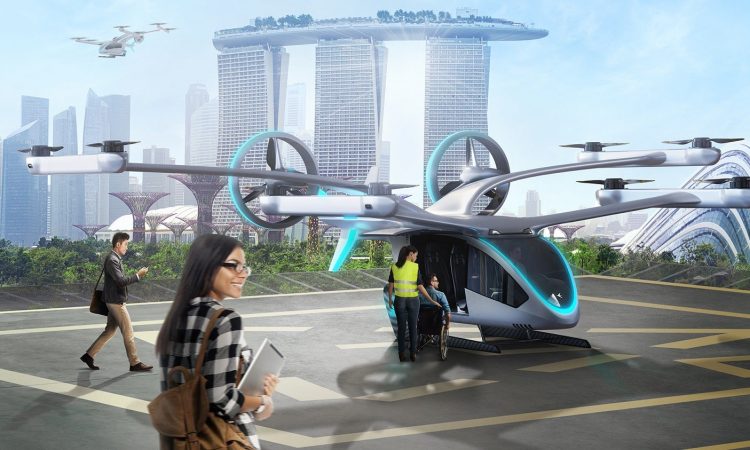 Eve is creating a series of systems to develop the UAM market and enhance people’s lives. This includes a certification of the company’s electric vertical take-off and landing vehicle (eVTOL), a comprehensive services and support network, and the creation of urban air traffic management systems.

André Stein, former head of strategy for EmbraerX, has been appointed CEO of Eve. The press release explains “(This) will benefit from greater focus, speed, and agility, allowing the company to innovate and execute at an accelerated pace in order to fully capitalise on the global UAM opportunity.”

Eve was initiated some four years ago within EmbraerX, but it has been decided that “now is the right time to establish Eve as an independent company. Francisco Gomes Neto, President and CEO of Embraer, explained, “The UAM market represents a new business opportunity in which we foresee significant opportunities for Embraer.”

He continued, “Innovation and diversification are key pillars of Embraer’s new strategic plan that will increase revenue and improve profitability over the next few years.” Neto added, “Eve stands primed to create a new frontier in transportation with intelligent, environmentally friendly, autonomous-ready aircraft.”

As part of the company’s ambition to accelerate the UAM revolution, EmbraerX has been part of the Uber Elevate Network since its inception in 2017.

Eric Allison, Head of Uber Elevate, said, “Eve’s launch is an important next step in commercialising Embraer’s eVTOL designs while building on the company’s ability to design, certify, and deliver safe, globally-accepted aircraft. We look forward to our continued partnership to make aerial ridesharing a reality.”