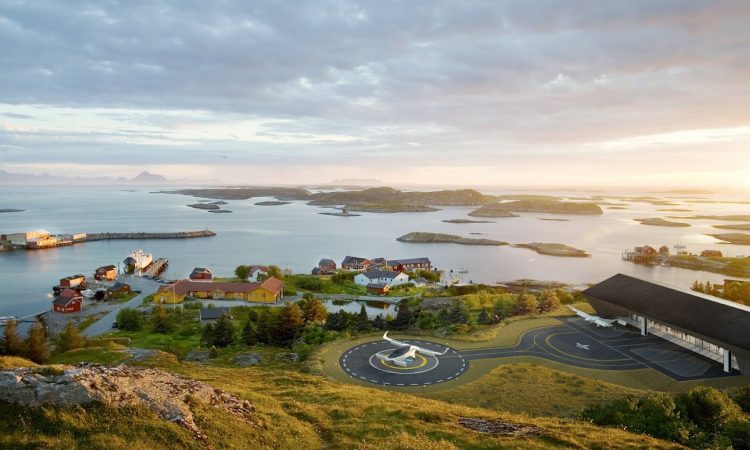 “It is an immense step to develop this technology,” said Lilium CEO and co-founder Daniel Wiegand at Farnborough 2022. The company began working with the European Union Safety Agency (EASA) and Federal Aviation Administration (FAA) five years’ ago and is pleased that EASA’s third and last compliance document concludes its public review in September 2022. “This means air taxi rules could be in place by the end of the year. At that point, the ball will be firmly in our court.” He said the company will undertake a critical design review involving independent experts ahead of starting production in 2023. Testing could begin within 18 months with up to six aircraft, building on flight trials carried out in Spain during 2022. “We are developing a vehicle that has to work for the next 15 years.”

In addition to technical and regulatory challenges, Daniel Wiegand identifies airspace integration, revenue generation and societal acceptance as key elements. “We see three finance streams: The first originates directly from private ownership; the second from independent commercial interests; and the third from Lilium’s own network. We are disrupters but we depend heavily upon industry partners in all sectors.” Leveraging the capabilities of dozens of associated organisations lies at the heart of Lilium’s strategy. The appointment of Tom Enders, former Airbus CEO, as board chairman in 2021; followed by Klaus Rowe, another former Airbus CEO, as Lilium CEO in June 2022 is part of a deliberate strategy to bring together “aviation and Silicon Valley mindsets”. Tom Enders and Klaus Rowe join high-tech-start-up specialists, Geoffrey Richardson and Alex Asseily.

The company has grown from four to 800 employees between 2015 and 2022 and is now publicly listed and backed by USD1 billion in investment funding. Air taxi networks are already earmarked at several locations in Europe and North America, with more agreements signed this week at Farnborough in Scandinavia and the Benelux region.

Daniel Wiegand expects performance to change as battery technology evolves. “The current range is approximately 175 km. This will increase to 400 km by 2030. New vehicles will amortise the technology over different business platforms to a software-driven aeroplane, ultimately with a pilot on the ground.”

But technical challenges remain, especially as the final set of detailed regulations, certification criteria and standards have yet to be fully developed. How is the company meeting this challenge?

“There are certain things on the aircraft which we recognise as crown jewels and decide we will do them in-house,” said Alastair McIntosh – Chief Technology Officer at Lilium. “The propulsion system, how we put the energy system together, flight control laws – we write these in house so they can be modified off the shelf.”

McIntosh believes EASA’s target level of safety will be the same as that of an airliner, which will be different from light aircraft and different, too, from “the way some Americans have set out in their applications which are a lower level of safety…. The FAA is moving towards EASA requirements,” he added.

At the air show Lilium signed an agreement with AAP Aviation Group AS to develop an eVTOL network in Scandinavia. “If you look at the weather studies, there are greater number of dry days in Norway than there are in Bavaria, for example.” The idea is to get to market relatively quickly, then stage-wise open up the capability, adding icing protection and IFR capabilities at a later stage. “The beauty of this aircraft is that you can very easily turn the aircraft into the wind so you can minimise your exposure to cross wind conditions.”