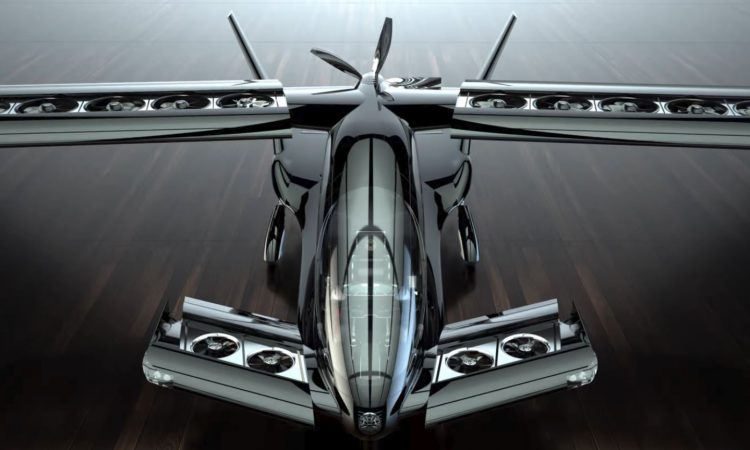 According to the press release “Earlier this year the US Air Force selected a small group of companies, of which Horizon Aircraft was one, to proceed with the conceptual development of a HSVTOL aircraft. The initiative is supported by AFWERX, the Air Force’s innovation hub, and US Special Operations Command (USSOCOM). The HSVTOL program aims to develop an aircraft that could replace the Air Force’s CV-22 Osprey, one that can fly on the order of 400 kts (740 km/h) and conduct a range of missions such as personnel infiltration and extraction, tactical mobility, and aeromedical evacuation.

“The HSVTOL initiative attracted proposals from over 200 companies. These were narrowed down to 35 solutions of which 11 (that included the Cavorite X-series VTOL aircraft) were ultimately selected for investment in Phase 1 of the program.”

Brandon Robinson, CEO of Horizon Aircraft said, “the AFWERX program is a great example of how the US Department of Defence is leveraging the agility of private industry to increase military capability in an extremely cost-effective manner. We were honoured to partner with the elite AFWERX team that offered many valuable technical insights throughout Phase 1. We are looking forward to exploring the opportunity to deepen this partnership in Phase 2 and Phase 3 of this challenge.”

Horizon Aircraft says it will continue with its testing while progressing with detailed design of a full-scale VTOL aircraft that will have significant commercial and military capability.