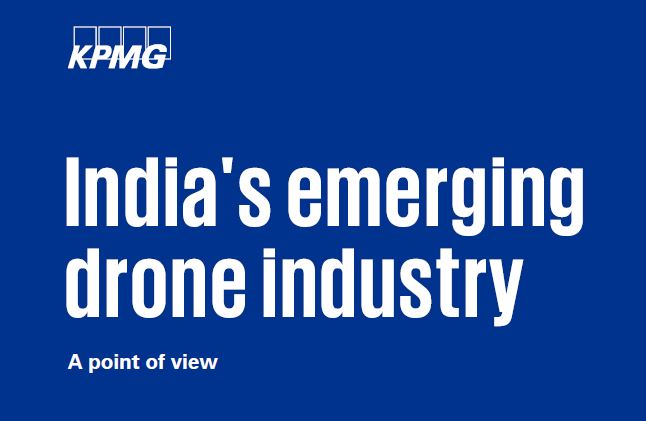 The government of India plans to attract INR50 billion (USD6.7 billion) investment in the next three years and create more than 10,000 jobs and encourage MSME investments by easing eligibility for the PLI scheme according to a report recently published by KPMG.

“India’s emerging drone industry – A point of view” published by KPMG reports “the drone industry in India is still in its infancy stage, but it is expected to grow and evolve over the next few years. At present, drones are widely used in military and commercial applications such as surveillance, crop protection, construction project surveying, filmmaking, healthcare, e-commerce delivery, and more.

“Since traditional methods are sometimes time-intensive and prone to human error, utilising drones in their place can result in considerable cost savings and mass adoption while enhancing the value of information obtained.

“Thus, several startups and companies are currently involved in developing and identifying new applications and use cases for drones. And this is driving the drone industry further. Additionally, startups in India are focusing on improving and advancing their technological capabilities, while corporations are heavily investing in the drone ecosystem. However, cybersecurity issues associated with drone applications present themselves as a constraint, and thus, the government has imposed prohibitions or restrictions on drone possession and imports.”