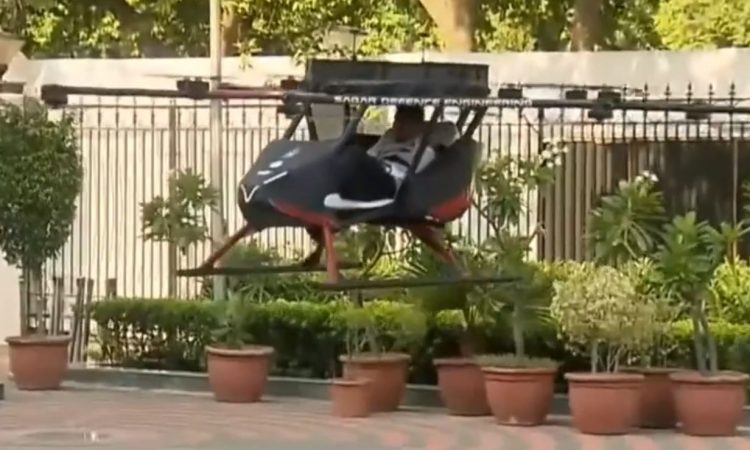 India news station ndtv  has reported recently that a startup in Maharashtra’s Pune has created the country’s first passenger drone, Varuna, and that Prime Minister Narendra Modi watched a demonstration of the pilotless drone, developed for the Indian Navy which can carry a payload of up to 130 kgs and has the power to cover 25 kilometres of distance with that weight.

ndtv further reports “The drone, manufactured by Sagar Defense Engineering Company, is capable of a safe landing even after a technical snag in the air. In case of emergency, the parachute will automatically open and help in a safe landing.”

Mr Babbar, the co-founder of the company, has said that Varuna can be used as an “air ambulance or for goods transport in remote areas.”