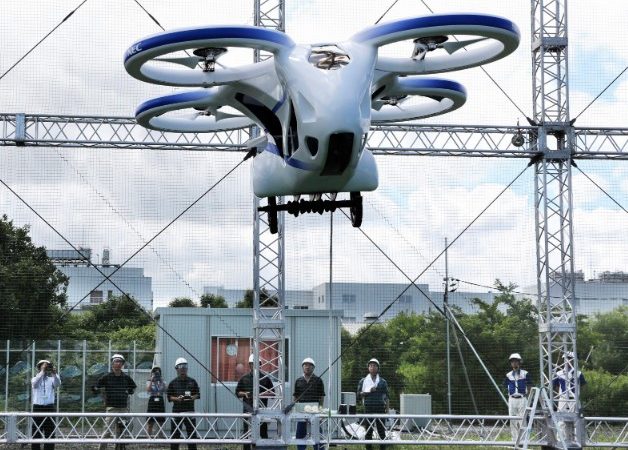 Japanese electronics manufacturer NEC Corporation unveiled a prototype vertical take-off and landing (VTOL) craft  that stayed in the air for almost a minute during a test in Japan this week, reports Reuters.

A video on YouTube shows the mid-sized prototype, equipped with four horizontal propellers hovering relatively steadily at a height of three meters (10 feet) during the test in Chiba, east of Tokyo, on Monday.

The machine was enclosed in a cage and tethered to ensure safety.

The Japanese government aims to start commercialising flying vehicles from around 2023, beginning with the transport of goods, and expanding to moving people closer to 2030.