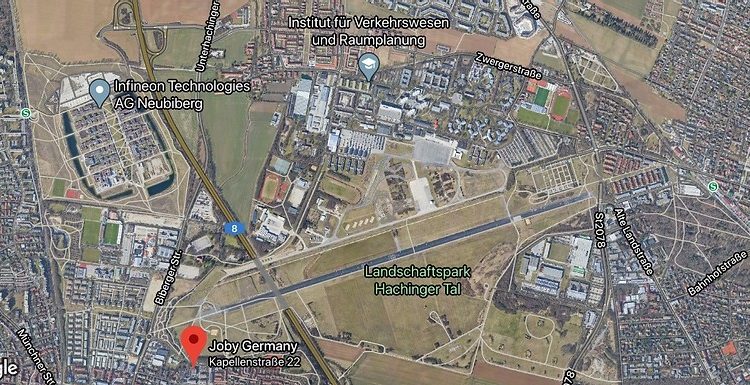 Californian eVTOL manufacturer Joby Aviation appears to be opening its first international outpost in Europe, close to the Bavarian city of Munich, reports osinto.com. Osinto reports the location is home to a large campus of the University of Munich. The site is no longer an active airfield, but is primarily used as an area for scientific vehicle testing.

Osinto reports Joby currently has two vacancies in Germany advertised on their careers page, for a Manufacturing Engineer and an Administrative Assistant and this suggests the operation is in its early stages, but a Managing Director may already have been appointed and that the team here is likely to be engaged in the design, sourcing and manufacture of components for their aircraft.