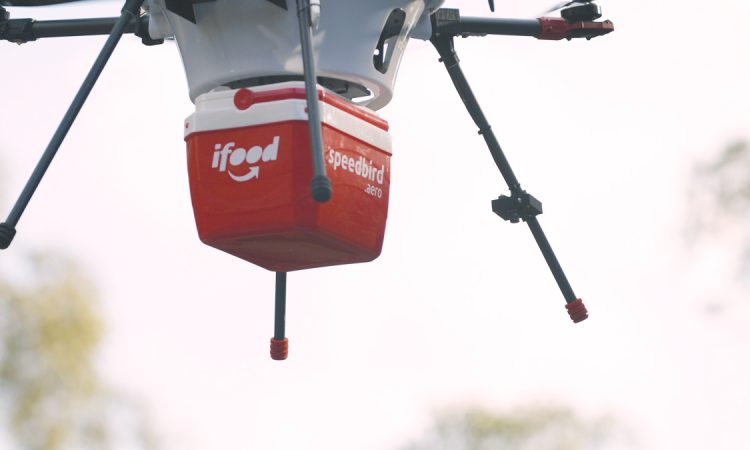 The drone deliveries are set to begin in October, although the food will not be flown directly to the customer’s front door. IFood will use a hybrid approach that includes both drones and last-mile ground transportation.

For the first route, drones will fly from a food court in Igautemi Campinas, a large shopping complex, to an iFood Hub roughly 400 metres away. It will take the drones two minutes to fly and drop off the food at the hub, where drivers will then be picked up by drivers for final delivery.

This combination of drone and ground transport is the same approach that Uber is taking with its drone delivery in the U.S. The advantage of flying craft between two set points is that it is just one flight path, so you don’t have to jump through as many regulatory hoops to ensure drones don’t fly over things like schools or first responder facilities.

It’s been a busy year for drone delivery as this type of service moves from the theoretical to the practical.  Manna began flying deliveries by drone in Dublin, Ireland and Flytrex has done similar work in Iceland. Meanwhile, Rouses Market are carrying out such deliveries in Mobile, Alabama.

And with the COVID-19 pandemic still apparent take-away eating will only become more popular as dining rooms are shunned or forced to close down.