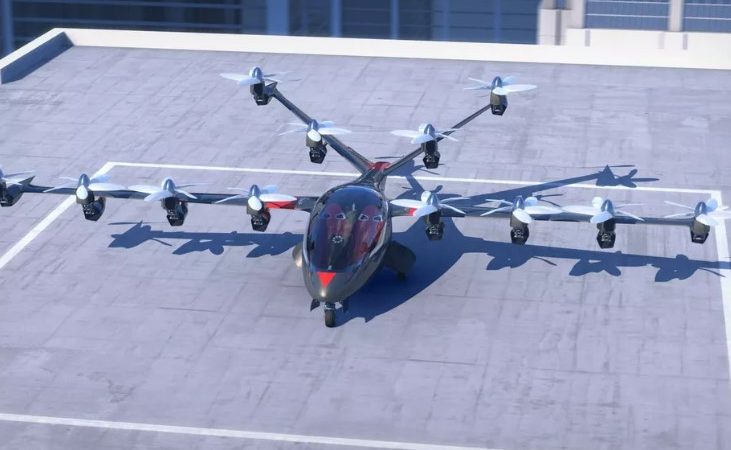 Uber will join forces with Joby Aviation, a California-based aerospace company that has been working on electric aviation for over a decade, according to tech site, the Verge.

“Joby is the first company to commit to Uber’s aggressive timetable to launch its flying taxi service by 2023,” the news source says.

Joby was founded by inventor JoeBen Bevirt in 2009 and raised $100m million from a variety of investors in 2018, including the venture capital arms of Intel, Toyota, and JetBlue.

“The money helped finance development of the company’s air taxi prototype, which has been conducting test flights at Joby’s private airfield in Northern California,” the report said.

It continued: “The few [Joby] renderings that are out there show a plane-drone hybrid with 12 rotors and room in the cabin for four passengers, though a spokesperson previously cautioned that what Joby is working on now is “entirely new.” The company has yet to provide any recent photographs or images of its prototype aircraft.

A 2018 profile of Joby by Bloomberg included the following details: “We were the first two reporters to see a demo of the prototype, named Rachel after the women several of its creators used to date. The pilot managed a vertical takeoff, 15 minutes of flight in a 15-mile loop, and a safe landing. Powered by electric motors and sophisticated control software, the taxi performs like a cross between a drone and a small plane, able to zip straight up on takeoff and then fly at twice the speed of a helicopter while making about as much noise as a swarm of superbees. Bevirt says thousands of these sky cabs will one day shuttle people around cities, soaring above the conventional traffic below.”

“Uber says that it has signed a multiyear commercial contract with Joby to “launch a fast, reliable, clean and affordable urban air taxi service in select markets.” Neither company disclosed the terms of the deal, nor would they comment on whether there was any money exchanged,” said the report.

It continued: “They did sketch out the role each company would fill. Joby will supply and operate the electric air taxis, and Uber will provide air traffic control help, landing pad construction, connections to ground transportation, and, of course, its ride-share network reconfigured to allow customers to hail flying cars rather than regular, terrestrial ones.”

Uber’s has already named six other aerospace companies — Jaunt, Embraer, Pipistrel, Karem Aircraft, Aurora Flight Sciences, and Bell — to work on prototype aircraft to be used as part of its air taxi service.