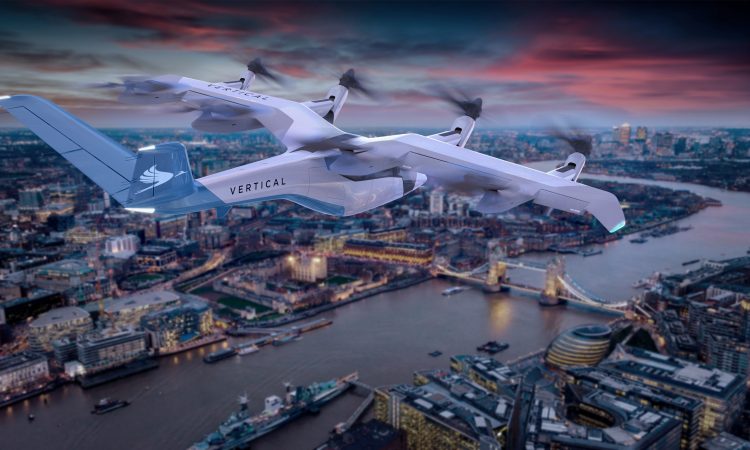 UK’s Vertical Aerospace, a Bristol-based company, announced this week plans for a “revolutionary flying taxi” called the VA-1X. And Honeywell, which is supplying the flight controls and control laws, has signed a letter of intent to provide a vehicle management system for the prototype, reports a company press release.

VA-1X aims to have speeds of 150 mph with a flying range of up to 100 miles, meaning passengers can travel from London to Brighton, for example, in around half an hour, compared to two hours driving, or an hour by train. The aircraft will be certified to similar safety standards as commercial airlines and its eVTOL technology means the VA-1X will be emission-free.

Capable of carrying up to five people (four passengers and a pilot), the VA-1X is on course to begin commercial flights in 2024. Construction will begin shortly, with the manufacturing taking place in the UK. Vertical Aerospace’s primary aim is for the VA-1X to be significantly cheaper than helicopter flights. Prices for air taxi services are initially expected to be between a helicopter ride and a private car  and costs will decrease as the business grows.

Michael Cervenla, CEO of Vertical Airspace, said, “With the launch of the VA-1X, we’re taking eVTOL one step nearer to mass-market adoption and supporting the next era of aviation. We believe people should be able to quickly and affordably get from A to B without sacrificing the planet.”

As demand for sustainable travel increases, eVTOL technology is gaining momentum and according to Morgan Stanley Research the autonomous aircraft market could turn over USD1.5 trillion by 2040. Stephane Fymat, Honeywell’s Vice President and General Manager of urban air mobility and unmanned aerial systems, commented, “Honeywell is honoured to be working with Vertical to enable this important advancement with our compact fly-by-wire and UAM-optimised flight deck technologies.” Adding, “eVTOL technology will revolutionise travel, combining the safety of commercial airlines with the disruptive environmental and cost benefits of the electrification of flight.”

Since its creation in 2016 by OVO Founder, Stephen Fitzpatrick, Vertical Aerospace has established itself as a leader in eVTOL technology. It is one of “only seven companies in the world to have successfully flown multiple full-scale eVTOL prototypes”, undertaking two trials with UK Civil Aviation Authority approval, and is “the first company to introduce F1 technology to eVTOL aircraft.”