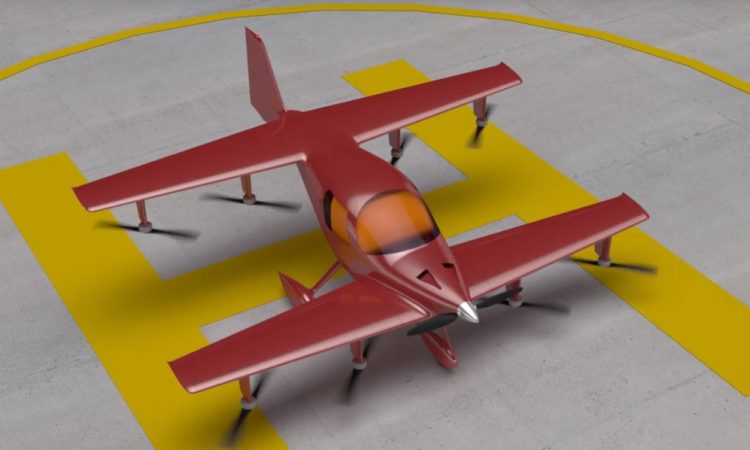 In a new video, (in Russian) VTOL producer, Flyter has released digital images and testing info of its latest designs for the two-seater Flyter PAC VTOL 720-200.

The 720-200 has eight downward-facing lift propellors giving it an unusual design. Most VTOLs have upward-facing propellers.

Also unlike most similar startups, Flyter is creating a cargo drone as well as a passenger one to connect up remote regions of Russia. The basic version of Flyter is a device with a hybrid power plant, allowing passengers to fly a distance of up to 900 km. The electric version will be able to fly 150-165 km.