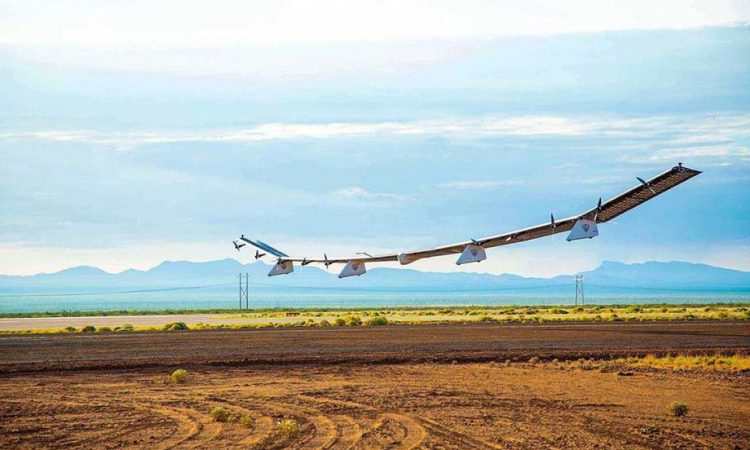 Turning autonomous drones into airborne mobile cell towers has a number of advantages over terrestrial counterparts, reports the verge.com. They can cover a far greater geographic region and be moved to where they’re needed. Yet, while the idea is years old, the technology is still under development.

Recently, Google’s parent company Alphabet and Japanese tech giant SoftBank disclosed an important piece of the puzzle to turn flying cell towers into a reality, by running a stable LTE connection from a solar-powered drone 62,000 ft up in the stratosphere. The connection was good enough to support an international video call, with participants from Japan and America, including Vint Cerf, one of the “fathers of the internet.”

The trial is part of a co-operation between Alphabet’s Loon and SoftBank’s HAPSMobile which was first revealed back in April 2019. Loon, best known for its balloon-based cell towers, provides the communications payload, while HAPSMobile manufactures the aircraft.

Hail the Sunglider: a huge autonomous solar-powered drone designed to stay aloft for months at a time. This massive craft looks like one single elongated wing, some 78 metres across. Powered by 10 propellers with a top speed of 110 km/h, this is slow for an aircraft, but far more importantly, the Sunglider (previously known as the HAWK30), is designed for endurance rather than speed. It will drift high in the stratosphere above commercial flights, recharging its batteries from the sun and autonomously adjusting to the changing winds. The successful LTE test is a world’s first for a fixed-wing autonomous aircraft, says a HAPSMobile press release. It states, “The payload performed as planned in the demanding conditions of the stratosphere where wind speeds reached greater than 58 knots (approximately 30 meters per second) and temperatures were as low as -73 degrees Celsius.”

For this trial, once an LTE connection was established, it was used to support a videoconference. Participants called in on regular smartphones, including Loon CEO Alastair Westgarth, Jun Murai, HAPSMobile’s external director and “father of the internet in Japan”; and Cerf, who is VP and chief internet guru at Google. HAPSMobile claims the call was “high-definition” and “low-latency,” though it is unclear about the connection speeds.

The press release goes on to report that HAPSMobile CEO and president Junichi Miyakawa both agreed, “The test flight took the project one step closer to realising its goal of creating green aircraft that can provide high-speed internet anywhere in the world.”

Miyakawa added, “Watching this test flight, I was reminded of Castle in the Sky, the anime directed by Hayao Miyazaki in 1986, and how the airship in the story filled me with aspiration. We once again moved one step closer to our goal of building a base station that floats in the sky solely on solar energy.”