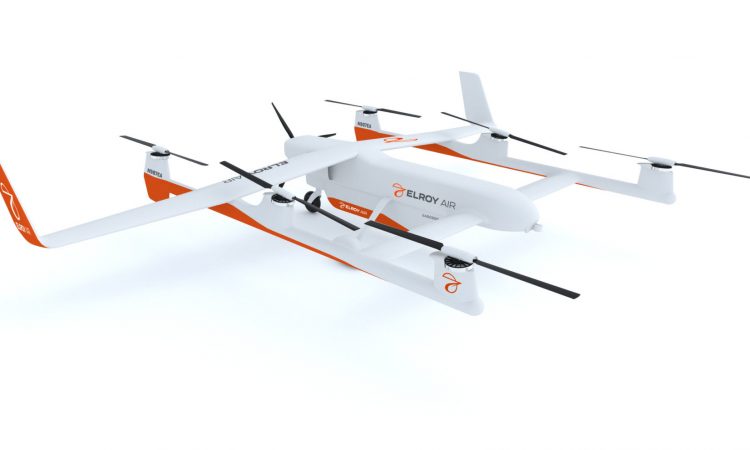 Elroy Air has announced the release of the Chaparral, an unmanned hybrid-electric aircraft capable of carrying up to 300 pounds of cargo over 300 miles without the need for airports, the company said in a press release.

Founded in 2016 by David Merrill, Elroy Air has worked to create system applications for air cargo delivery for commercial, humanitarian, and military purposes.

“We aim to be a catalyst. Our goal is to create a new wave of transportation that does not rely on infrastructure,” said Kofi Asante, Head of strategy and business development for Elroy Air.

According to Asante, there are more than 1 billion people who live outside the reach of reliable roadways, and governments, humanitarian agencies and commercial operations around the world are looking for ways to deliver medical supplies, parcels, equipment parts and perishables.

The Chaparral has vertical takeoff and landing capabilities that allow every flat surface to become a potential delivery location. The cargo containers detach from the aircraft and once it is packed with goods, it is set aside and prepared for pickup. The Chaparral hovers over the container, picks up the cargo, then takes off vertically.

Once the drone is in flight, it transitions to a wing-based mode and recharges its battery while en route to its destination. When the Chaparral lands at the destination, the system delivers the cargo and picks up another container for the return flight.

“The Chaparral opens an exciting new chapter for high-performing logistics,” said Elroy Air CEO Merrill. “We have designed the Chaparral from the ground up to be the ultimate autonomous VTOL [vertical takeoff and landing] cargo system. Optimizing for freight throughput informs every detail of the aircraft, particularly our patented automated cargo loading/unloading systems, but also human factors, powertrain layout of internal components and even landing gear details.”