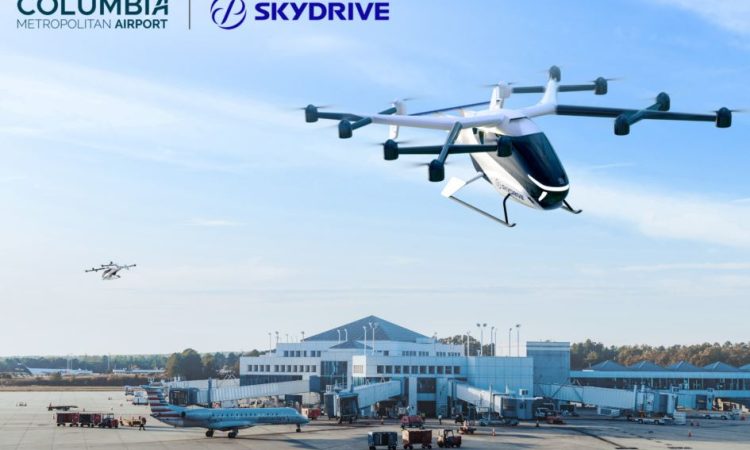 SkyDrive, a Japanese eVTOL manufacturer headquartered in Toyota, Japan announced today at the 2023 annual VFS eVTOL Symposium in Mesa, Arizona its plans to enter the U.S. market and the establishment of their home base in South Carolina. SkyDrive further outlined their plan to develop an advanced air mobility ecosystem in South Carolina while focusing on building a variety of practical use cases originating from two of its key airports in cooperation with local and state government agencies.

SkyDrive says it was first invited to South Carolina in July 2022 by the Beaufort County Economic Development Corporation (BCEDC) and with the BCEDC’s support, it has been exploring market opportunities within the state and building a network of key stakeholders.

According to the press release, as a result of this business development activity and “the overwhelming support of local and state government”, SkyDrive has decided to form a business infrastructure within the state and to work with South Carolina in realising an advanced air mobility ecosystem which will bring the state to the forefront in its ability to support the commercial operations of eVTOL aircraft.

“The decision to make South Carolina our home base and our window into the U.S. market was an easy one considering that it is a significant player in both the commercial and military aviation industries, and it is home to more than 400 aerospace and aviation companies including Boeing and Lockheed Martin.” said Tomohiro Fukuzawa SkyDrive’s founder and CEO.

SkyDrive says it will continue to work with South Carolina in building a fully developed, operational ecosystem incorporating use cases originating from several of their airports and to form partnerships with local flight operators and beyond so that they can commence commercial operations in 2026. SkyDrive will also be working on the applications and procedures before launching services in the U.S. market.