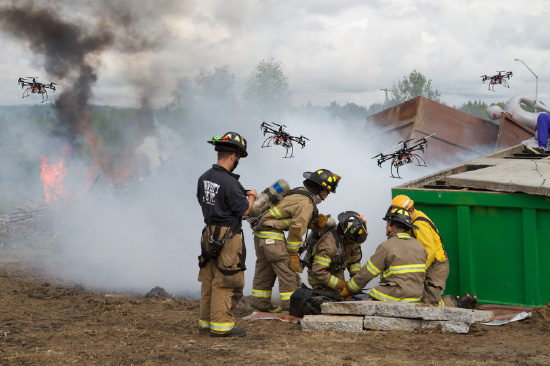 A recent survey called The ResponDrone Project, carried out by focus groups in six European countries, reveal the public “still believe” drones are primarily employed as toys or otherwise used for either amateur photography or military operations, reports israeldefense.co.ii. The survey, for example, shows the public is unaware of the use of drones by First Responders in emergency situations.

Even more surprising, the 12 focus group discussions which took place in six countries (France, Netherlands, Greece, Bulgaria, Latvia and Armenia) and carefully chosen to represent different cultural settings within Europe and beyond, discovered that many still know “very little about drones” and what they are used for except as toys.

Comments on the acceptance of the operation of drones were split between negative feedback, mainly due to privacy and noise concerns, and the understanding of the potential improvements they could offer.

The main aim of the groups was to develop recommendations on how to communicate and position the societal benefits of using drones for emergency response in order to increase public acceptance of such technology. At least, all participants indicated they would be willing to tolerate some disturbance if it were for the purpose of saving lives or mitigating disasters.

ResponDrone Project coordinator, Max Friedrich, from the German Aerospace Centre (DLR), said, “The answers indicate that drones still appear to be new and somewhat unknown to the vast majority.”

He continued, “In light of the findings, ResponDrone recommends that emergency drones carry special identification, such as a specific colour or a logo, make distinctive sounds or have unique lights. Further, it is recommended that residents are informed about flights and drills beforehand.”

It is apparent from this recent research that educating the public about drones covering different types, capabilities and applications, especially for the “drones for good” and First Response deployment, is essential.