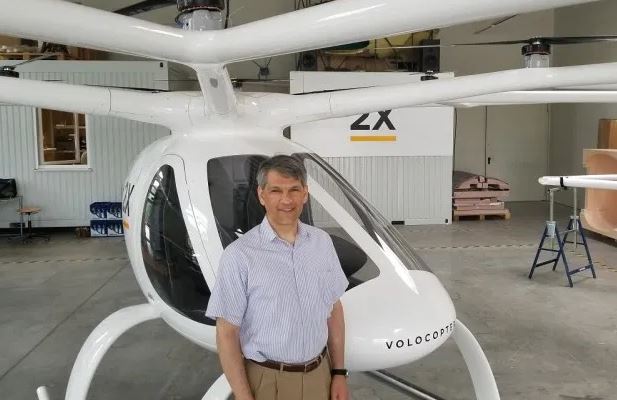 This commentary was originally published in the September/Octoctober 2019 issue of the Vertical Flight Society’s Vertiflite magazine and is republished with permission.

The Vertical Flight Society has been supporting the development of electric vertical take-off and landing (eVTOL) aircraft since 2014. One of the defining challenges for implementing eVTOL for urban air mobility (UAM) is the lack of applicable regulations. Standards organizations like ASTM International, RTCA, SAE International and the European Organisation for Civil Aviation Equipment (EUROCAE) have been working with the burgeoning community in developing standards to support certification. In addition, the General Aviation Manufacturers Association (GAMA) has been working with the US Federal Aviation Administration (FAA), the European Union Aviation Safety Agency (EASA) and other regulators to facilitate harmonized standards development for eVTOL certification.

On July 2, EASA formally published its “Special Condition for Small-Category Vertical Take-Off and Landing (VTOL) Aircraft” (SC-VTOL). This is a major step forward for certification of eVTOL vehicles. However, this special condition has what may be a fatal flaw: as a totally new category that isn’t an airplane, rotorcraft, balloon or other type of regulated aircraft, there are no operating procedures for “VTOL” aircraft and developing them is outside of EASA’s purview — EASA’s regulatory authority is more limited than those of the FAA. Furthermore, the levels of safety EASA required for UAM air taxi missions are equivalent to that of airliners, regardless of the number of passengers.

EASA can be lauded for stepping out with the world’s first certification basis for eVTOL aircraft but did they jump the gun? Will this hasten the operations of eVTOL aircraft or set it back by years?

The special condition for VTOL was published with this Statement of Issue:

A special condition (SC) differs from an EASA certification specification (CS) in that it is essentially an exception to the existing classes of CS-23 (normal category airplanes), CS-25 (transport airplanes), CS-27 (normal category rotorcraft) and CS-29 (transport rotorcraft). Most special conditions are small changes to requirements based on something that wasn’t anticipated when the rule was written. Issuing an entirely different kind of aircraft type certification is relatively unique and possibly problematic.

EASA decided to issue a special condition for expediency, since developing new certification specifications could take years longer. In addition, a CS for eVTOL might not fully address the eVTOL environment, since the technology and configurations are still evolving. EASA also deemed that modifying the existing CS-23 or CS-27 rules to the needs of the eVTOL sector was not an appropriate way forward. The SC may eventually evolve into a CS, but the agency had already received several certification applications for eVTOL products and the agency wanted to provide a fair and public approach for them and future applicants. SC-VTOL was originally released as a draft on Oct. 5, 2018, and the agency received more than 1,000 comments (which it published in 227 pages).

SC-VTOL divides eVTOL aircraft into two categories: “Basic” for non-commercial and lower-risk operations and “Enhanced” for flights over- more populated areas or for commercial operations. The Basic category requires that in the event of an emergency landing, the vehicle must be controllable to the point of touchdown. The Enhanced category requires that no single failure can lead to a catastrophic aircraft effect, which follows the precedence of CS-25 and CS-29 rules.

This means that any aircraft (even single passenger) certified for UAM/air taxi operations under SC-VTOL would need to have the same level of safety — a Design Assurance Level (DAL) — for a catastrophic failure as a commercial airliner (a likelihood of one in a billion or 10-9) in order to operate over cities or for commercial purposes. In fact, the enhanced category has the unprecedented requirement for continued controlled flight — and then landing only at the original destination or at an alternate vertiport — even after a catastrophic failure with a 10-9 likelihood. This is more stringent than any other kind of aircraft ever, and may not in fact be possible.

The special condition also sets DALs for the Basic category, that are essentially the same as for CS-23 airplanes; but again, this is only for non-commercial operations over non-congested areas. This means that private flying with more than six passengers must have the same reliability as an airliner (10-9), and even recreational flying for two to six passengers must have only one chance in 100 million (10-8) of a catastrophic failure. For Basic aircraft, “controlled emergency landing requirements would have to be met, in a similar manner to a controlled glide or autorotation” (i.e. not ballistic recovery parachutes).

This vision of safety by EASA is shortsighted in that it ignores the most common cause of accidents today, the pilot, rather than technical hardware and software failures. By holding the equipment side of the safety equation to extreme standards, EASA may be locking in systems that continue to default to the pilot, perpetuating the human factors accidents of the last several decades. Aviation safety today is such that more than 80% of accidents are as a result of human factors, and every other causal factor individually is minor in comparison.

There are some fundamental differences between the role of EASA and the FAA. EASA’s area of responsibility is in design certification (rules, oversight and issuing type certificates), maintenance (rules only), pilot licensing (rules only) and operation (rules only). Unlike the FAA, EASA is not responsible for air traffic control (ATC) or air traffic rules, nor does it have oversight of operators. In these areas, EASA creates only high-level rules that individual EASA member countries administer.

EASA can write special conditions for VTOL aircraft and issue type certificates. But that’s all the agency can do without additional authority from the European Commission, Parliament and Council. This may be an Achilles heel of SC-VTOL. Without EASA operational procedures, an eVTOL developer in the European Union will need to work with each individual member state to address all the operational issues — such as oversight of crew licensing, maintenance and air traffic control — on a country-by-country basis. This process, called “derogation,” could result in a patchwork of rules and approvals within each nation’s borders.

Rather than having distinct means to certify an aircraft with separate operational rules, EASA has mixed the two by including additional operating requirements within type certification rules, which follows its recent approach for drone certification.

An alternative to EASA’s approach — which was urged by many who commented on the draft SC-VTOL — would have been the approach that the FAA is favoring; that is, to consider eVTOL aircraft as special categories of existing Part 23 or Part 27 regulations. In this case, an eVTOL is considered an electric airplane (Part 23/CS-23) if it flies on a wing for the majority of their flight or an electric rotorcraft (Part 27/CS-27) if it is primarily lifted by thrust. Thus, any operational differences with their takeoff and landing procedures, for example, can be accommodated under existing operational procedures. It often takes the better part of a decade to update operational constructs of the magnitude required to formulate an entirely new operating framework. EASA’s approach may in fact inhibit VTOL operations in Europe over the next 10 years.

Many comments from the FAA and others urged harmonization of EASA rules with those of the FAA, Transport Canada and Brazil’s ANAC. The European agency’s response is hard to fathom, given all the attention that the FAA has been giving to eVTOL: “EASA supports the FAA comment on harmonization. EASA tried to engage with the FAA at several level of the organisation 6 months prior the issuance of this SC in order to align the approaches and decided to move forward as the projects addressed by this SC could not be delayed anymore. Further harmonisation will be sought to the largest extent. [sic]”

It is of the utmost importance that EASA coordinate the development of VTOL certification standards and the means of compliance with other leading aviation authorities. EASA should prioritize harmonization with the FAA since the US is a key market for European eVTOL manufacturers and there are many eVTOL projects that are underway in the US that will also need to be validated by EASA.

While EASA can be commended for being the world’s first civil aviation authority with rules for certifying eVTOL aircraft, the agency may have jumped the gun. In its rush to establish a common basis for its applicants, EASA may have done them and all developers across Europe a great disservice by developing an entirely new category of aircraft. However, EASA’s view was the opposite, that having a brand new category would give the agency the flexibility to come up with new rules for these vehicles that are not constrained by the legacy of airplane and rotorcraft operations today. But that remains to be seen, since certification requirements represent a major barrier (and expense) in bringing any new aircraft to market.

EASA has, at least, included in its plans a new rulemaking task to start the development of eVTOL operational rules next year. The Agency intends to fast-track these rules like it did for SC-VTOL, though it is hard to believe that this can be completed in just a few years.

Just as there is competition between eVTOL developers, so too is there some between aviation jurisdictions when it comes to being first to market with new technology, and forecasts of the emerging eVTOL market are estimated in the trillions of dollars. Europe may have put its manufacturers at a distinct advantage in this future market competition — or hobbled them for years to come. Time will tell whether EASA’s approach was forward thinking or misguided hubris.