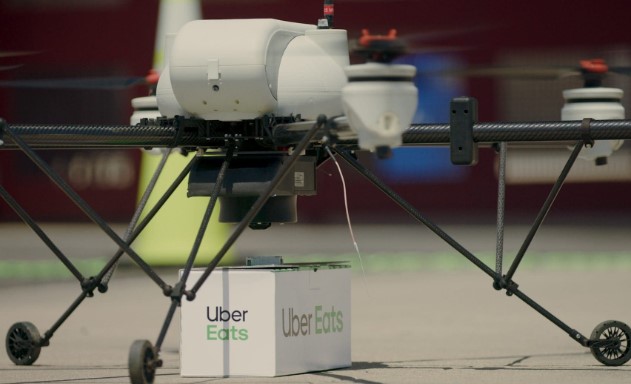 Uber’s plans to launch a drone delivery service in San Diego this summer have been delayed after the company failed to get approval in time, reports the UK’s Daily Telegraph.

The paper said that the company’s plans to deliver food, including McDonald’s burgers, to residents will not go ahead because the Federal Aviation Administration (FAA) has not granted permission.

An FAA spokesperson told the Telegraph that the application would be pending for an unspecified time.

“The FAA is working on a system to manage airspace once it is filled with drones and the passenger air taxis Uber also plans to launch,” reports the newspaper.

A spokesperson for Uber told the Telegraph: “We have not yet begun commercial deliveries in San Diego. We did initial testing in the area back in May.

He continued that Uber would aim to “resume commercial testing later this year” and that it was “working closely with the FAA to ensure we are meeting the recently released vehicle requirements to operate safely and efficiently”.

“Uber’s testing in the city was done as part of the FAA’s pilot programme for drones, which has allowed companies to test commercial uses of the light unmanned aircraft in cities around the US,” reports the Telegraph.

“The company’s application asks for exemptions from several of the normal flight rules, arguing that they are not appropriate for small electric drones.

In particular,” the report continued, “Uber wants permission to fly at altitudes of about 400ft, lower than the usual FAA limit of 1,000ft above the highest obstacle. It also wants to allow one pilot to operate more than one drone at the same time.

“Uber’s application has received support from the US Chamber of Commerce, but concerns were raised from airline pilots’ and helicopter groups, as well as by members of the public and local residents’ groups.”

“Responding to Uber’s application, the Air Line Pilots Association International, the largest pilot union in the world, said one pilot operating multiple aircraft could not be done safely,” concludes the article.