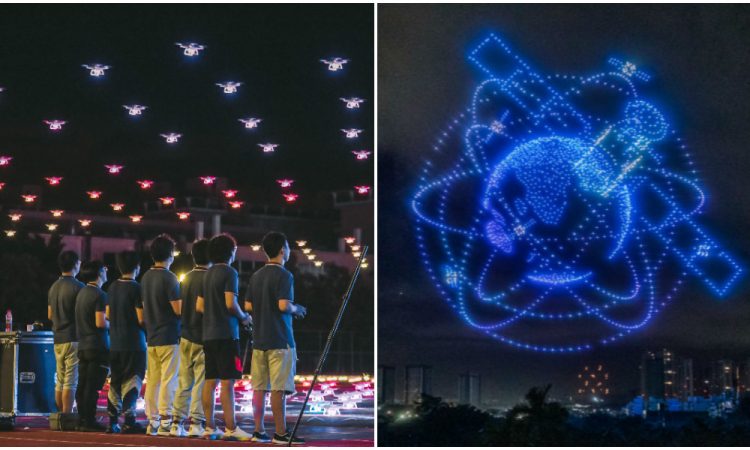 Initially, over three thousand drones took off in a grid-like formation. Then, this began to change into the shape of the earth. Around this globe, an interpretation of the Beidou navigation system appeared. Then the Tiangong program was represented by a patchwork of drones combined with lights, intricately patterned to form the Chinese Space Station.

At the end of this display the formation revealed a giant Mars Rover, the Tiangong-1, which was launched in late July but has yet to land on the Red Planet. It symbolises China’s commitment to completing the Mars landing exploration goal. The CEO of Damoda Intelligent Control Technology, said, “We combine the innovation of drone technology with the untiring pursuit of art. Through the new high-tech night sky drone show, we will spread more positive energy for China and showcase more high-tech achievements to the world.”

After the official audit, the final figure of UAVs came in at 3,051 and the adjudicator declared the new “Guinness Book of Records” holder.