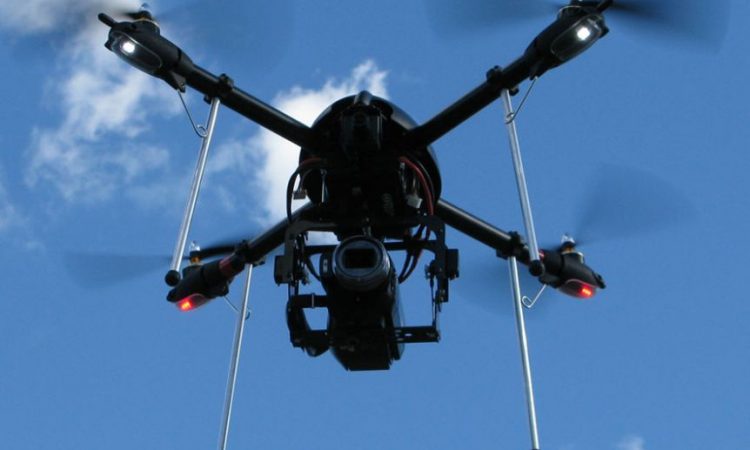 Victoria Police has sought to reassure the public about its plans to use drones to enforce coronavirus restrictions over the State’s AFL Grand Final long weekend (An annual Australian rules football match, staged to determine the premiers for that year’s Football League (AFL) season), promising it will not be employing them to spy on private homes, reports abc.net.au. The 2020 Grand Final will be staged on Saturday, October 24th.

The country’s State Opposition says the planned police response “is over-the-top.” At present, under the state’s Covid-19 restrictions, Melburnians are not allowed to have guests at their home, and residents of regional Victoria may only have two people visit them in their home each day.

Anyone caught taking part in an unauthorised gathering faces a fine of AUD4,957. Victoria Police Assistant Commissioner, Luke Cornelius, said the force had been deploying drones for some time to help with “situational awareness” in places like beaches and parks, where public gatherings could be held.

He said, ”It gives us real-time appreciation of crowd numbers, crowd behaviour, and it allows us to adopt policing tactics which are most appropriate to ensuring that what’s occurring at that location remains COVID-safe.” A police spokeswoman explained the Drone Unit was one of various additional resources police would use to ensure community safety and compliance with coronavirus restrictions over the weekend, along with the Air Wing, Mounted Branch, Public Order Response Team and other units.

She said, ”The Drone Unit will be used in places of public gatherings, including beaches and parks, to provide police with situational awareness of crowd numbers and any potential breaches of the Chief Health Officer directions.”

Meanwhile, Cornelius went on to say drones would not be used to monitor what people were doing in their homes. “We are not going to have drones hovering above pizza ovens in people’s backyards,” he said. “Drones are a specialist capability. It’s not like we have enough drones to police 6 million people across Victoria.”

Asked if police would be using helicopters to monitor private parties, Assistant Commissioner Cornelius said the force had “bigger fish to fry”. “If you saw a helicopter hovering over an out-of-control party, say in a suburban location, well if we’ve done that, you can be confident that we’ve done it because the risk is so extreme.”

At his daily press conference, Premier Daniel Andrews was asked how he would feel about police flying a drone near his home. “They can fly drones over my place because no-one will be doing anything wrong. We’ll be following the rules and no-one should have any problem with that.”

Earlier, Victoria’s Shadow Police Minister David Southwick said the planned police response this weekend was an overreaction. “I think it is one thing in terms of crowds getting out of hand, but ultimately having drones and helicopters over the top of people’s backyards is getting a bit much.”

And Gemma Cafarella, from civil liberties body Liberty Victoria, said she was concerned the use of drones would breach people’s privacy. “The use of drones is concerning because of course it rapidly increases the police’s capacity to monitor people in their everyday lives going about their personal business.”

Australia have become renowned for their “draconian use of drones” during the pandemic compared to some other countries.