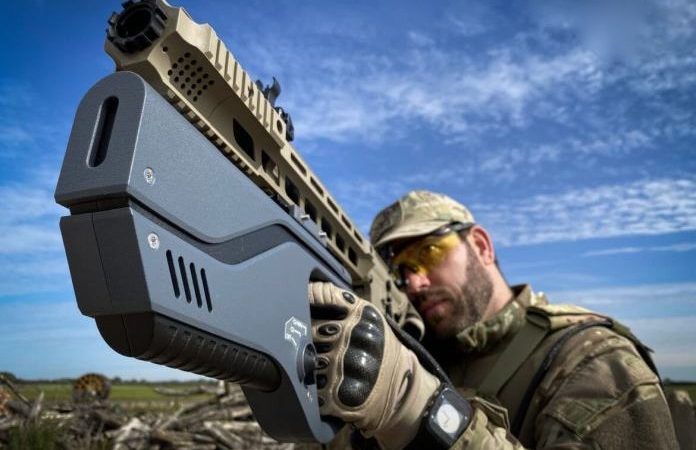 For soldiers, security officials and airport workers, drones are usually never a welcome sight, and why drone-jamming guns were developed, reports atlas.com. A new device called the Paladyne E1000MP, nicknamed “the pistol”, has come on to the market and is being described as “the most compact, smallest and lightest ever” drone-jamming gun.

Manufactured by British company Drone Defence, the E1000MP works in a similar way to other makes. It emits an electromagnetic signal at the same frequency that a target drone utilises for control communications, GPS orientation, and video transmission. This causes the drone to lose communication with its operator, resulting in it automatically landing or returning to its point of take-off. The gun has an operational range of 1 km and can be used with either a directional or omnidirectional antenna. The former focuses the jamming signal on one particular drone, while the latter spreads the signal out over a wider area that requires protecting.

It is alleged that jamming users can gain control of the frequencies used by the craft, which means that the operator could manually activate its return-to-home function, allowing them to locate its operator by watching where it lands.

The Paladyne E1000MP is IP56 waterproof (this means it can withstand high-pressure jets of water), runs for two hours per four-hour charge of battery, works at temperatures ranging from -20º C to 60° C, and weighs 3.5 kg which includes both the gun and its accompanying control box.